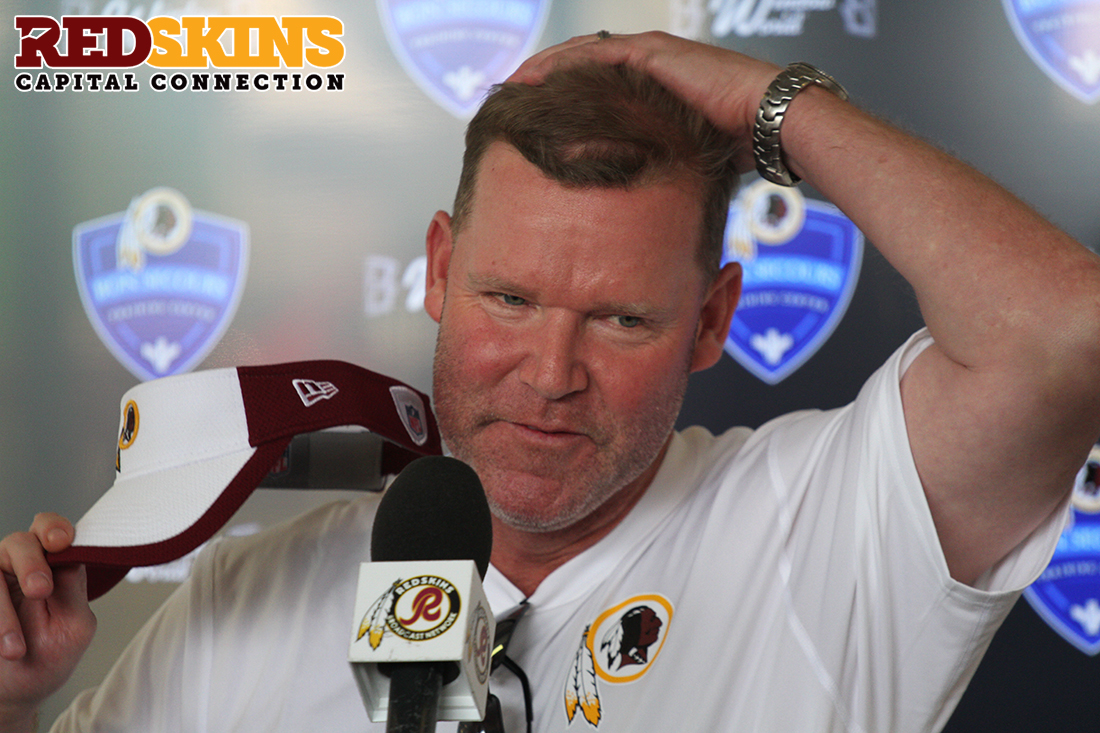 Has there been a more confusing 72 hour period in Redskins history than what we saw unfold between Friday evening and Sunday night? Starting with the news that the independent NFL neurologist had reversed the decision to clear Robert Griffin III from the concussion sustained versus Detroit the week prior, each day that followed presented more twists and turns in this story than anything George R.R. Martin has ever put on paper.

The saga that is the Redskins Quarterback conundrum came to a head on Sunday with two separate and conflicting reports.

“High-ranking Washington Redskins front-office officials and coaches want to part ways with quarterback Robert Griffin III, but are meeting resistance from team ownership, according to team and league sources. The Redskins even have had trade conversations about Griffin with a handful of NFL teams, but have found no interest.”

ESPN’s Adam Schefter lent the story credibility by appearing on-air on ESPN and repeating the details of the report, however as the day progressed it became apparent that he was relying on Russini as his source for the story.

The suggestion that “high-ranking front-office officials and coaches” were seeking to put an end to the Robert Griffin III era in Washington represented a seismic shift in the philosophy of General Manager Scot McCloughan, who as recently as a week and a half ago was effusive regarding Griffin, saying “I see improvement. I see confidence. I see the ball out on time. I see a good football player”.

Taking that even further, McCloughan explained his philosophy at his introductory press conference on the day he joined the Redskins as their new General Manager when asked about Griffin, stating “I don’t think you ever give up on a young quarterback that took you to the playoffs as a rookie. I really don’t think you do that.”

With those statements in mind from McCloughan, and with the General Manager having a history of giving his Quarterbacks more time than most would expect (see Alex Smith in San Francisco), the Russini ESPN report seemed to suggest that either McCloughan was not one of the “high-ranking Redskins front-office officials” eluded to, or the report was simply inaccurate.

Several hours after the ESPN report was published, Pro Football Talk’s Mike Florio suggested that it was the latter:

“Three different sources have told PFT that this simply isn’t true. (One source called it “spaghetti journalism,” with reports being thrown against the wall at a time when a situation that seems to be disintegrating cries out for more and more efforts to advance the story.)

As one source explained it to PFT, everyone in Washington is on the same page regarding the roles and responsibilities. G.M. Scot McCloughan is in charge of the roster.”

There are several factors at play in this saga, and one that seems most telling is that as yet none of the Redskins beat reporters whom are inside the building on a daily basis have corroborated the ESPN report. These are the people with the relationships with key Redskins officials, coaches, and players, and yet there’s been nothing from these sources to suggest the ESPN report is accurate. Instead, all the reports suggesting turmoil and controversy inside Redskins park seem to be coming from national pundits not based in the Washington area. Curious.

If the ESPN report is, as a Redskins source referred to it, “spaghetti journalism”, does that necessarily mean everything is smooth sailing at Ashburn? No. It is clear that something is broken at some level of the reporting structure between the owner, the coaches, and the players.

One Redskins player I spoke to recently expressed that players learn about things involving the team from the media before they’ve heard it from the coaches, and that it occurs far too frequently. That is something that is inexcusable, and needs to change quickly if there is to be any improvements made to how the team handles controversies such as these.

For now, it is still entirely possible that Robert Griffin III’s time in Washington is far from over. Seeing Griffin start Week 1 against Miami is just as likely as him not starting. Reports that vehemently suggest one thing or another on this topic are speculative at best and fictional at worst.