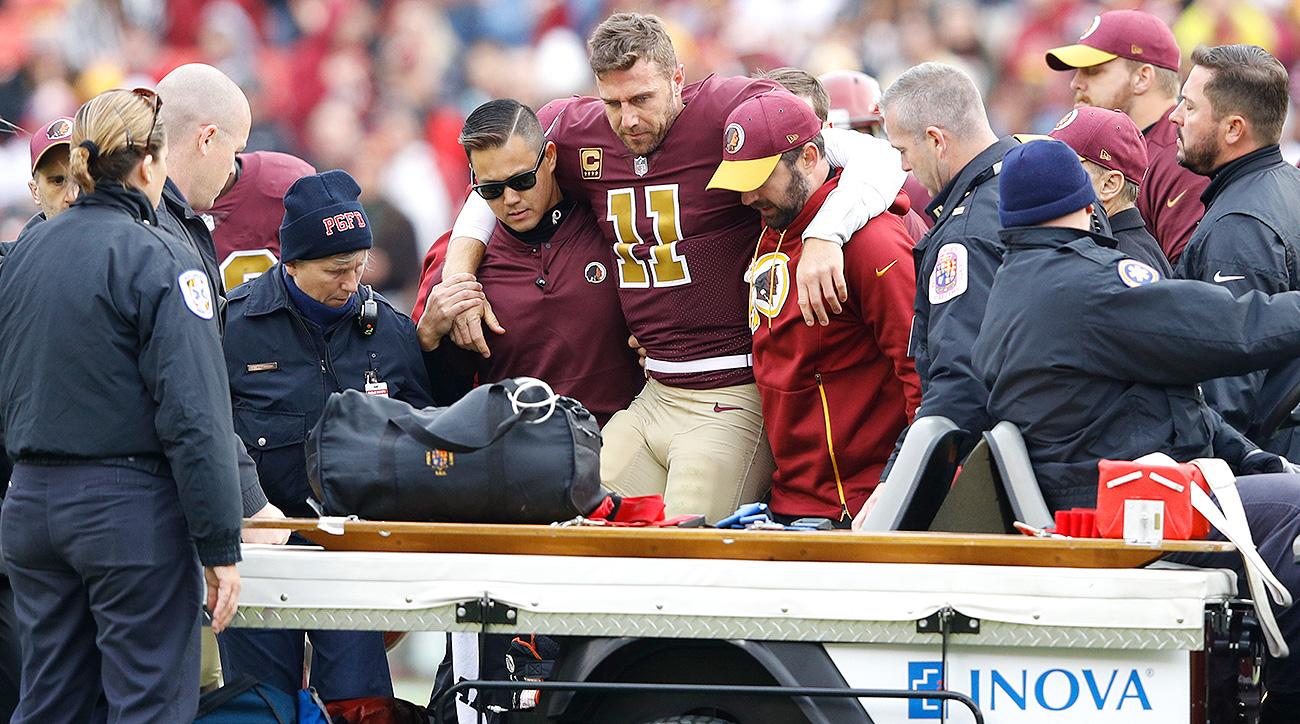 Alright, let’s do this.

Washington Redskins fans; no one enjoys situations like this, but after Alex Smith broke his leg in a gruesome fashion on Sunday afternoon against the Houston Texans, we’ve rallied for a quick emergency podcast to talk through the ramifications both short and long term, and the steps that this football team will likely take to mitigate the fallout from such a disastrous occurrence.

Host Chad Ryan and co-host Mark Phillips are here for a two man show today and please bear with us; we don’t usually record on Mondays unless the shit has hit the fan, and in the famous words of old William Shakespeare; the shit hath hitteth the fan.

So really there’s three things on the agenda today;

Firstly just the immediate fallout of the Alex Smith injury and what it will mean to this team.
Secondly is the very real requirement all of a sudden to sign a new Quarterback, and who the likely candidates are and who the candidates should be.
And finally; beyond the 2018 season what this means for the Washington Redskins as a franchise that really needed to get at least two serviceable seasons out of Alex Smith in 2018 and 2019.

We know it’s a bummer, but this is a big deal and we have to talk about it, so why not do it with us?