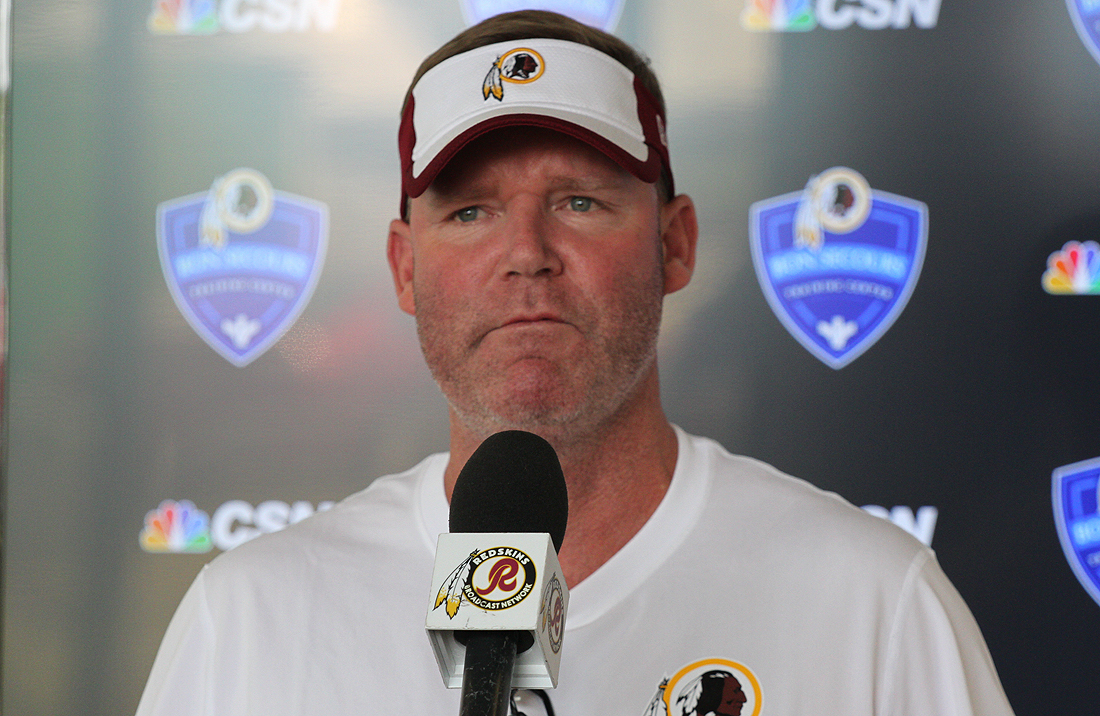 When Scot McCloughan accepted the General Manger position of the Washington Redskins, he was tasked with something most thought was impossible: make one of the most successful franchises in NFL history legitimate again.

That didn’t stop expectations from being sky high in the nation’s capital though; Redskins fans took one look at McCloughan’s resume and track record of success with the Packers, 49ers, and Seahawks and immediately got behind the new Scherff (pun intended) in town, expecting immediate improvement and long term success.

However, even the most optimistic fan wouldn’t have predicted a division championship, and thus a home playoff game, a possible 4-0 finish to the season, and a quarterback with 24 touchdowns, 2,570 yards, and average quarterback rating of 114.9 compared to just 3 interceptions since screaming “You like that?!” at a media member.

So what flipped the script in Washington? What sent the Redskins from worst in head coach Jay Gruden’s first season to atop the division in his second year? Let’s take a look.

You have to start with Scot McCloughan. When McCloughan was hired in Washington, he had a clear vision of what he wanted it to mean to be a “Washington Redskin”. That process began with getting bigger, faster, more physical, and adding a level of championship swagger and experience.  Scot McCloughan had one goal for this team in 2015: to improve, and they have certainly accomplished that.

Then you look at what McCloughan was able to accomplish through the draft, wheeling and dealing picks to ultimately end up with 10 picks. Between those ten picks and a handful of undrafted free agents, the Redskins added a lot of young talent to a roster that definitely needed it through the draft. As a result of McCloughan’s first draft the Redskins gained building blocks for the future in; Brandon Scherff, Preston Smith, Matt Jones, Jamison Crowder, Kyshoen Jarrett, and Quinton Dunbar.

McCloughan has continued to show the ability to not only find talent early in the draft, but a knack for identifying talent in the later rounds as well as in undrafted free agents.  He showed this consistently with Seattle and San Francisco, and it is something the Redskins have really lacked in the past.

Even in a short amount of time, Scot McCloughan has proved that he was the right man for the job. McCloughan has exceeded the extremely high expectations that were handed to him when he accepted the General Manager position in the Nation’s Capital.

After just one off-season under the guide of McCloughan, the Washington Redskins are a much more talented and deeper team than they have been in the past. This is simple to see simply from how the Redskins responded to adversity this year, particularly from injuries. The Skins lost key pieces in Niles Paul, Culliver, Shawn Lauvao, and Duke Ihenacho for the year, and managed key players like DeAngelo Hall, and Jordan Reed among others as they missed time throughout the season. In years past, the team would have self-imploded if that many starters went down, yet that hasn’t been the case this season, and that’s 100% indicative of Scot McCloughan.

Next, you have to give the coaching staff credit for guiding the Skins from worst-to-first, and obviously that starts with head coach Jay Gruden. Gruden hasn’t been perfect, and I’m still not sold on him (yet) as a coach that can take you to the big game quite yet, but regardless the second year head coach has improved, and that began with the decision to name Kirk Cousins his starting quarterback.

It was pretty clear early that Cousins had the highest ceiling of any quarterback on the roster operating in Gruden’s pocket passer offense. I am still to this day trying to figure out why the Skins hired Gruden back in 2014 if the intention was to maximize Robert Griffin III’s potential, but that’s a different article itself.

This decision cannot be under-appreciated. This was not an easy decision to make for Gruden, after all, there is always politics in D.C. and it’s not easy to sell the idea of benching the former #2 overall draft pick the team gave up the farm to get, the former Heisman trophy and offensive rookie of the year winner for the fourth round draft pick with a turnover problem.

To fully understand the magnitude of this decision, you have to understand what RGIII did for this city. The former Baylor product gave the Nation’s capital hope for the future for the first time in a very, very long time. I still remember when Griffin went down in the playoffs against Seattle, thinking “Man, that sucks, but this kid is electric, and he’s 22 years old, and athletes recover from surgery quicker and better than ever, we’ve got our franchise quarterback for the next 10 years.” This city was attached to Griffin, and it wasn’t an easy divorce for fans and ownership to go through.

Gruden knew this would be a controversial call, benching the goofy, physical freak of a quarterback that D.C. fell in love with after that magical playoff run for a quarterback many viewed as a guy with a low ceiling, who didn’t have the potential to put the team on his back and lead a franchise to success. Gruden knew he would sink or swim with Captain Kirk, there have been some rough times, but Gruden is sailing in smooth water, guided by the Michigan State product.

Gruden also deserves a lot of credit for assembling a very good coaching staff. The additions of Bill Callahan, Perry Fewell, and Joe Barry have been solid additions to the coaching staff. Under Callahan the offensive line has improved, particularly in pass protection. Fewell has the secondary playing very well despite multiple injuries and coaching a group that doesn’t feature the most talent on the team, and although Barry’s defense has had some high and lows, the unit plays fast and has been much better at forcing turnovers and making some game changing plays.

Last, but certainly not least the quarterbacks (yes multiple) deserve a ton of credit. Kirk Cousins and Robert Griffin III have handled this situation beautifully. Make no mistake about it, this wasn’t an easy situation for either competitor to handle, and it would have been very easy with all the media surrounding the Redskins to make this a rocky transition. I don’t know that Griffin and Cousins could have handled the situation better.

Now, focusing on the field, Kirk Cousins has exceeded everyone’s expectations and silenced some of the critics (including myself) that thought he couldn’t be a franchise quarterback. I was among those who thought that Captain Kirk couldn’t be “the guy” the clutch guy that can put a team on his back and lead them to victory. However, Cousins has lead a team that has lacked a consistent running game all season and done a masterful job. Cousins has taken the reins of this franchise, and we’ve watched him blossom into a legitimate starting quarterback and the true leader of this team.

Cousins has to show it over the long term, not just over nine games, but that is some pretty damn impressive company. Cousins has without a doubt looked like a franchise quarterback over the Skins playoff run, and make no mistake about it, as Dashon Goldson stated: “We go as far as Kirk Cousins will take us”.

Regardless of the fantastic additions from McCloughan, the coaching improvements, this team isn’t in the playoffs without the development of Kirk Cousins. Make no mistake about it, he is the most important player on this roster, and behind possibly only McCloughan, has been the most important piece to the resurgence of the Washington Redskins, and their unlikely playoff run.

A Bright Future Ahead:

For the first time in a long time, there is reason to be seriously excited about the direction the Washington Redskins are headed. Under the guidance of McCloughan, paired with the continued growth and development of Kirk Cousins, it is a new era of Washington Redskins football.

If Cousins continues to impress, and McCloughan can continue to bring in talent from the draft like he did in his first draft class, expect this team to be a playoff contender year in and year out in the very near future.