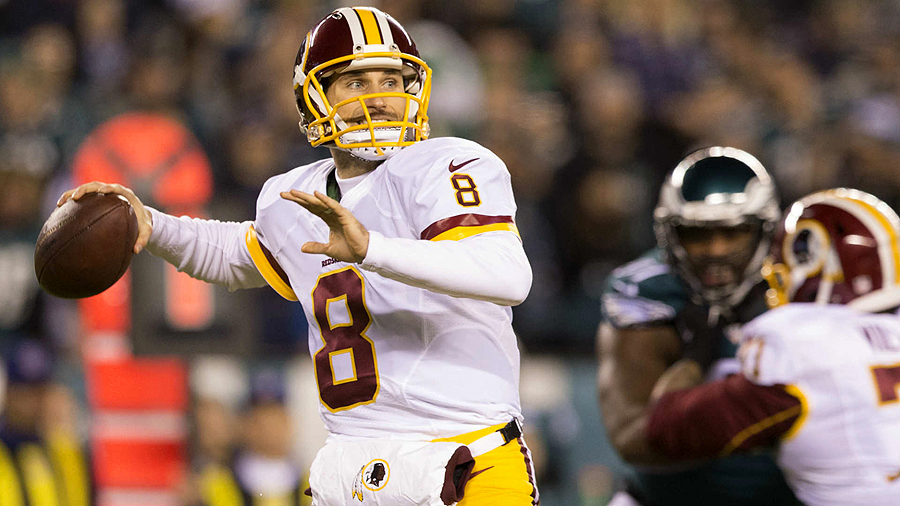 There are plenty of arguments both for and against playing your starting Quarterback in a week 17 game that, mathematically speaking, will have zero impact on the standings at the end of the season; at the end of the day, it’s primarily about striking a balance between wanting to be as sharp as possible entering the post-season against minimizing the risk of injury.

For Kirk Cousins, there may be another factor weighing on his mind. For you see, Cousins is standing on the brink of history.

Throughout season 2015 Kirk Cousins has had his ups and downs as he took the reigns of the offense as the starting Quarterback for the first time. As we’ve all seen though, the longer the season has gone on the better he has played, as his familiarity and level of comfort under center grows before the eyes of the fans, his teammates, and his coaches alike.

What many people may not realize is just how much better he has played.

There are, as you will see below, an absolute plethora of records that Kirk Cousins has either already beat, or is standing on the precipice of doing so. Many of these records could conceivably be achieved in a good half of football as well, so it’s not entirely outside the realm of possibility that Cousins could start this week, play the first half, and then sit for the second half, content with a season well-played.

Here is the situation as it currently stands:

With Head Coach Jay Gruden announcing at his Thursday press conference that Cousins “would start” against Dallas this week, it appears likely that Cousins may end the 2015 season as the Redskins new clubhouse leader for passing yards and pass attempts, and become the first Redskins Quarterback to throw a touchdown in every one of the 16 regular season games.

Keep your record books handy as you watch the game this week, Redskins fans.