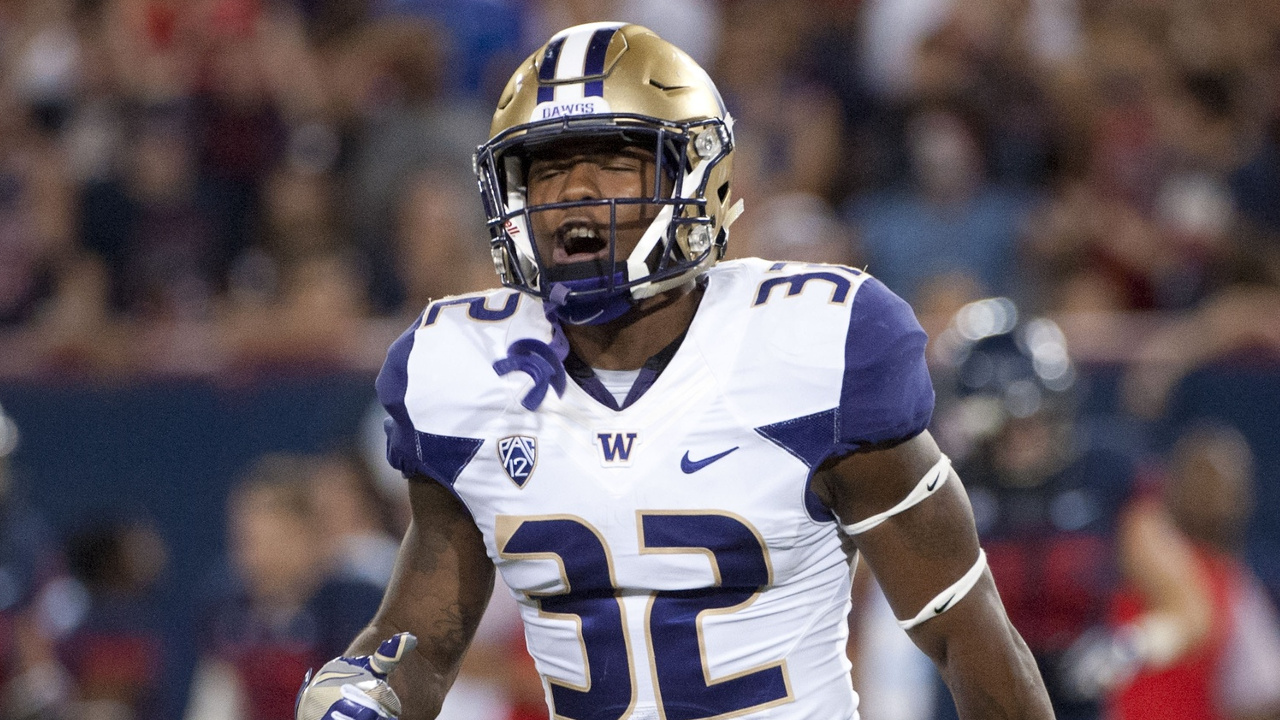 With the 2017 NFL Draft now less than one hundred days away, it is of course only natural for Redskins fans to begin to shift their focus towards which talented young prospects can join the team and address areas of concern.

Even though it is still very early in the ever-evolving draft process, and the stock of various prospects will continue to rise and fall over the coming months, narratives are beginning to form over which players are more likely than others to have their names called during the first round.

For General Manager Scot McCloughan, the draft represents the biggest opportunity to continue to reshape and refine the football team that he is charged with building. This will be the third draft that McCloughan has been at head of Washington’s war-room for, and it is arguably going to be his most challenging. With pick 17 in the first round, the Redskins could look to address any number of positions on their roster, though all signs seem to point towards a defensive focus thus far.

Accordingly, Redskins Capital Connection is taking an early look at multiple prospects that Roger Goodell could announce as the newest member of the Washington Redskins come draft day on April 27, 2017, and what role they would likely see themselves playing on this roster.

Given that the Redskins are picking at 17 and McCloughan rarely trades up, we’re only looking at ‘realistic’ options. Players that are apparent top five/top ten picks are unlikely to be featured in our scouting reports. Over the coming weeks, we’ll continue to break down multiple prospects on a position-by-position basis. Today we’re looking at Safeties.

Overview
In a draft class evidently rich with upper echelon talent at the Safety position, Washington’s Budda Baker is arguably one of the most exciting prospects. Baker’s speed, versatility and pure football instincts are undeniably superb, resulting in his selection to the First-team All-Pac-12 team in both 2015 and 2016, as well as being a consensus All-American in 2016. During his three years with Washington, Baker was moved across the field, lining up as a deep safety, roaming the box, blitzing the Quarterback or pressing Receivers at the line of scrimmage. No matter where he was lined up, Baker made his presence felt and continues to make plays. The most common NFL player comparison for Budda Baker is Tyrann Mathieu, which just goes to show the high regard that Baker is held in.

Fit with the Redskins
Although he could feasibly play at Cornerback, any team hoping to get the most out of Baker in the NFL would be wise to line him up as a pure Free Safety and have him patrol the middle of the field, and occasionally bring him up to the line for blitz packages or on obvious running plays. For the Redskins, an upgrade at this position is a clear need. DeAngelo Hall, Will Blackmon and DeShazor Everett are not long-term solutions when it comes to starting-calibre players at the Free Safety position, and the middle of the field is an area that the Redskins are in dire need of upgrading on defense.

Baker is the kind of player who makes those around him better, so pairing him with Su’a Cravens (who is expected to line-up as a Strong Safety in 2017) would instantly transform the Redskins Safety corps into one of the most dynamic in the league. Regardless of who the Redskins Defensive Coordinator is moving forward, any defensive coach worth his salt would surely salivate at the prospect of scheming plays designed to get the most out of Cravens and Baker as a combination.

Overview
When it comes to making your presence felt on the field, Justin Evans makes sure that opposition players think twice before testing him. In 2016 he led Texas A&M with 85 tackles, and impressively notched up a whopping 52 stops on his own. He also led his team in interceptions (four). Although not as ‘versatile’ as other prospects who could conceivably play multiple positions, Evans is a pure Strong Safety whom has the potential to be a Pro Bowl calibre player at his position if utilized correctly at the NFL level.

Fit with the Redskins
Although there can be no denying his talent, and Scot McCloughan is on the record as saying that talent always trumps perceived team needs, it is fair to say that with Su’a Cravens transitioning to Strong Safety, drafting another pure Strong Safety in the first round may be somewhat of an unnecessary luxury. That said, if Su’a Cravens is instead seen as a hybrid Safety/Linebacker still, then there is no reason that Evans and Cravens couldn’t co-exist in the same defensive scheme.

The NFC East is fast becoming a division filled with Offensive gamechangers, such as Ezekial Elliot and Odell Beckham Jr, and having defensive players who have the talent and the tools to nullify their impact and simultaneously put some fear back into the hearts of opposition Offensive Coordinators is something that should always be welcomed. Justin Evans has the potential to be such a player.

Overview
The word ‘versatility’ probably doesn’t suffice when it comes to describing Jabrill Peppers college career at Michigan. The 2016 Heisman Trophy finalist saw playing time lined up as a single high Safety, as a blitzer, as a Linebacker, in man coverage against Receivers and Tight Ends, and as an explosive weapon in the return game as well. And what’s craziest is that he excelled at all of these roles. More than most players in this years draft class, separating the hype from the reality around Peppers is a difficult task, and some mock drafts currently have him as a top 10 pick, whilst others have him sliding out of the first round entirely. Personally, we think the truth lies somewhere in the middle, and as one NFL scout told The MMQB: “He’s special, he has great instincts. He’s not going to fit every scheme for every team but coordinators willing to be creative will be  rewarded.”

Fit with the Redskins
First and foremost, Jabrill Peppers future in the NFL lies at the Safety position, although determining whether that is as a pure Strong Safety, a roaming Free Safety, or some form of hybrid still remains to be seen. With that in mind, Peppers potential fit with the Redskins echoes that of Su’a Cravens (a name that we know we’ve mentioned heavily in this article). If Peppers does find himself donning the Burgundy and Gold in 2017, he may see himself lined up at ILB during his rookie season in much the same way Cravens did in 2016, before transitioning to more of a coverage role with the Defensive Backs.

Peppers certainly has the pedigree to excel in whatever role he is given as long as his coaching staff understand enough about him to maximise his strengths and minimise his weaknesses. Peppers is probably not the kind of player you want to leave isolated as a single deep defender in a Cover 0/Cover 1 type scheme, but he can be a playmaker in a standard Cover 2/Tampa 2/Cover 3 system with responsibility for managing the middle of the field.