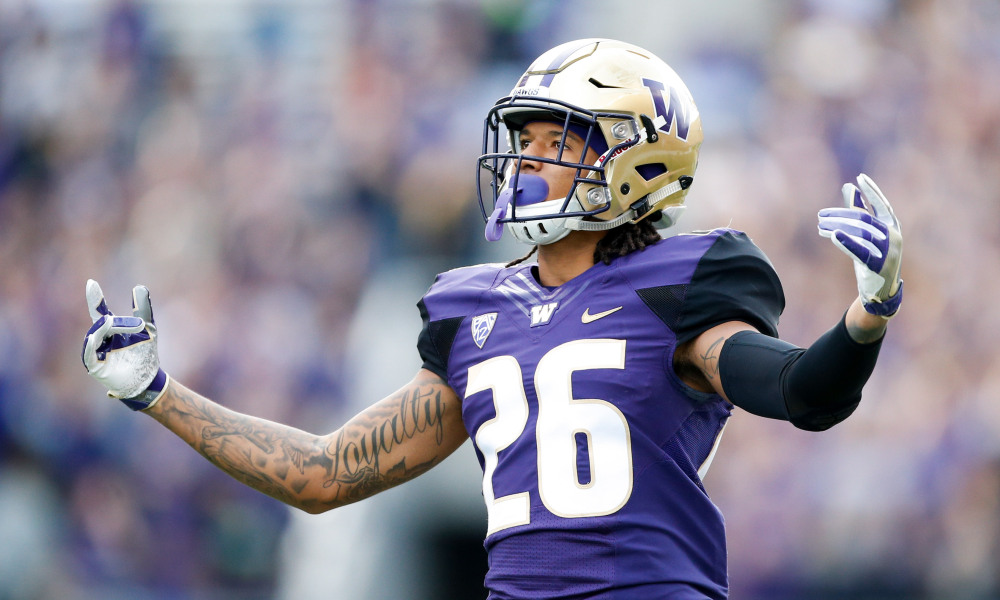 One of the position groups that saw the most change for the Redskins this offseason was the receiving core. DeSean Jackson and Pierre Garcon have moved on to other teams and the Redskins will look to rely on the newly acquired Terrelle Pryor, as well as the young and productive duo of Jordan Reed and Jamison Crowder, among other players. Additionally, the Redskins lost their offensive coordinator Sean McVay in the offseason. But these changes don’t alter the fact that the Redskins have talent on the wings as well as over the middle and a quarterback that can get the ball to them. Head coach Jay Gruden is going to spread the ball around and make sure his quarterback gets the ball into playmakers hands. A player that’s going to be trying to hault those plans is the newly drafted cornerback for the Philadelphia Eagles, Sidney Jones.

Jones is a highly talented corner that was drafted this Spring out of the University of Washington. And as much as the Redskins focus on getting the ball into the hands of playmakers, Jones is built to break those up. He got his hands on 21.3% of all balls thrown to him over the last two seasons of his career according to NFL.com.

He accomplishes this using high football intelligence to read routes and predict plays as well as his closing speed. While he has quite a few interceptions in his career (9) his film shows that even when he doesn’t make a play his hands are active. He glues his hip to receivers and gets his hands on the ball, often at the last second. A good illustration of this is on a streak of his highlights starting at the 0:36 mark.

As is the case with many second round picks, he has talent and a high ceiling with at least one question mark that made him fall out of the first round. The biggest for him is that he tore his Achilles tendon at his pro day. Missing action on the field until what will likely be October is somewhat of a flag but the bigger concern is if he’s going to get back his closing speed. Jones doesn’t have elite downfield speed (4.47 forty time) so much of his play relies on reading plays and the ability to close out on the ball.

Aside from his injury, there are some questions about his on the field play, multiple involving press coverage. NFL.com points out that in that coverage he can be jostled and be impatient. He can also over lunge with his hands at receivers and lacks upper body strength. Overall his frame might be a knock for most teams. While he isn’t short at 6’0″ he is only 186 lbs.

Overall, the Eagles seem to have selected a solid player. He has good production facing off against teams in the Pac-12 and gets his hands all over the ball. On the field he puts in effort to make plays and uses intelligence, both traits that he looks to translate to the next level.

How he fits against the Redskins

Jones has a lot of talent and will likely have success in the league but the Redskins receiving corps matches up well against him. The 2017 bunch of receivers is full of players that are tall and large. Pryor and Reed also have high level athleticism to pair with their big frames. A fun matchup will be when Jones lines up against Crowder. They both are intelligent players who don’t have elite tangibles but produce on the field, though Crowder has proven that at a higher level. Jones will get his hands on some balls and won’t make it easy for the Redskins. It will be interesting to see if he trends upwards and where he stacks up in this matchup after a couple years.