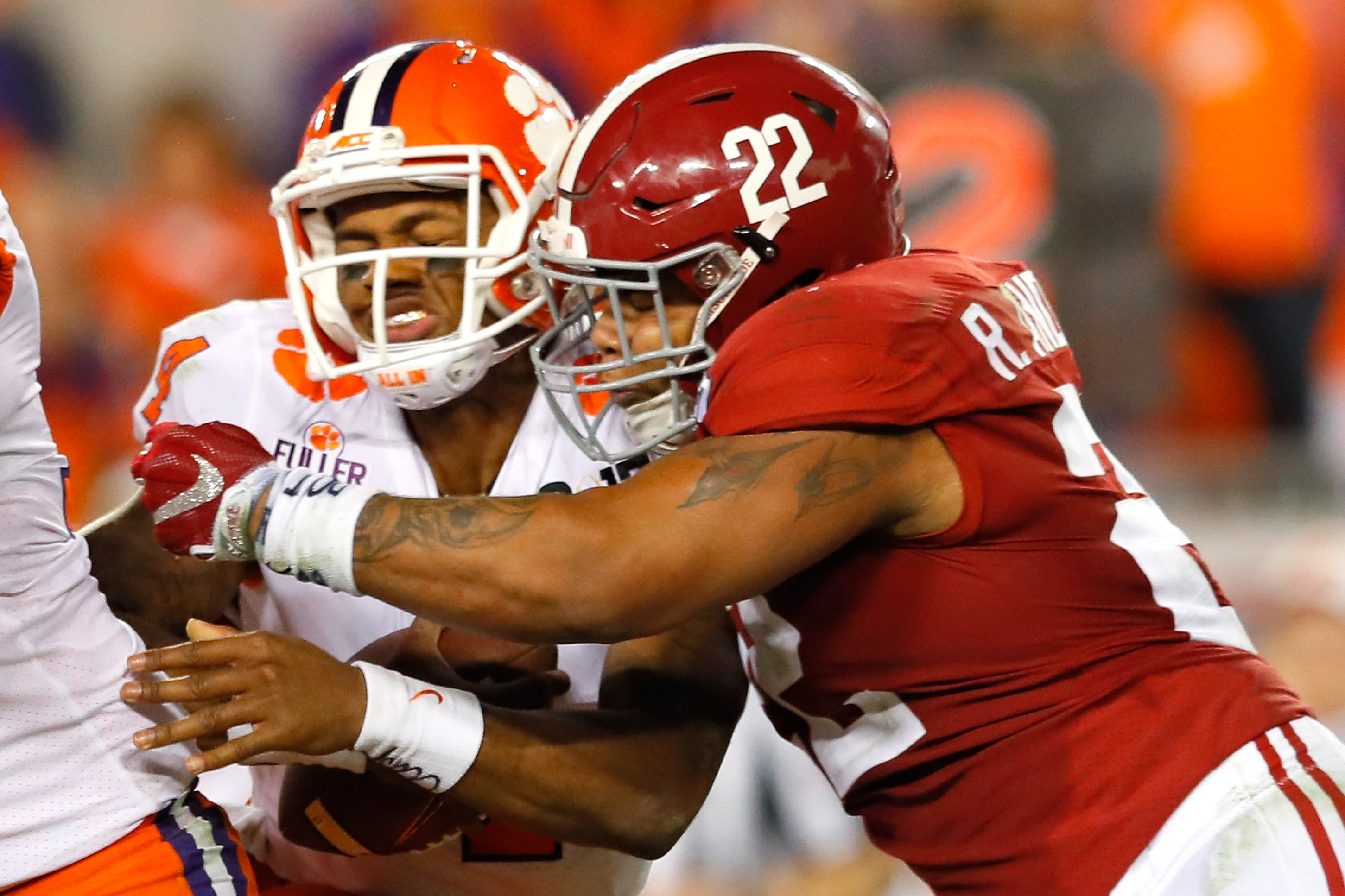 While it may not seem like the best pick they could have gone with in the 2nd round, the Washington Redskins got tougher with the selection of Alabama OLB/DE Ryan Anderson. Among many other very talented players on the Alabama defense, Anderson was in a way the forgotten man. If I could describe Anderson in one word as a player it’s: “Playmaker”. He’s not going to wow you with his athletic traits or forty yard dash time, but what he will wow you with is his tenacity, relentless motor, and play making ability. This guy is a true football player and will do whatever it takes to get the job done.

Anderson has a true dog mentality and plays like every play could be his last. He is a passionate player and shows strong leadership traits that will help the Redskins defense. If you want to get a sense for the type of player he is as well as his personality, you won’t find a better example than here.

Now that you get the sense of who he is let’s take a look of what he is on the field.

Anderson’s best strong suite as a football player besides his motor is his ability to set the edge against the run. His ability to stop the run will be a welcome addition to the Redskins defense. Here’s a great example of Anderson and his skills at run defense:

Anderson does a great job of setting the edge wide and drives his man back a few yards. This sets up a lane for the running back to run through, but it also opens up a free lane for Alabama linebacker Reuben Foster to meet him in that lane. As Foster makes the initial contact, Anderson is able to retrace from the offensive lineman blocking him to clean up the tackle. Even if Foster wasn’t there for the initial contact, Anderson put himself in perfect position to make the tackle on the running back.

Anderson is not gifted with size or long arms like some of the top pass rushers in this league. To make up for that, Anderson utilizes good hand work and and burst to be an effective pass rusher.

Anderson here gets this sack by setting the offensive lineman up with the speed-to-power style of move. He sets him up high with a quick burst upfield, offensive lineman goes to ride him by, and Anderson then clubs the right tackle’s left shoulder with his right hand to setup the inside rush lane for the sack. Anderson is good at making the linemen think they know what he’s going to do. Here’s another example of that:

On this play, Anderson doesn’t get the sack but he does put heavy pressure on the quarterback. Off the snap Anderson gives a quick double head fake (head fakes inside and then outside) and then quickly  sells the look that he’s rushing upfield. Once he engages with the right tackle he then uses his hands to attack the tackle’s inside shoulder to drive him right back to the quarterback. Again, I know he doesn’t get the sack here but this is good pressure on a quarterback and in the next level someone should be there to clean it up, unless that QB is Aaron Rodgers or Russell Wilson.

This last play shows a great example of how Anderson uses his smaller size against bigger tackles to his advantage. As the left tackles goes to strike Anderson with his hands, Anderson dips and rips underneath them to make the tackle miss his strike. The left tackles ends up whiffing on the block and Anderson forces an incompletion with a big hit on the quarterback.

It should be noted that Anderson’s technique with his hands isn’t always perfect. He can be a little inconsistent at that. At his size going up against these bigger, stronger, and long armed offensive tackles in this league he will need to be perfect at it. Once linemen get their hands on him, he struggles with shedding them. So continuously working on his hand work will be important. He also has a habit of rushing too far upfield. If he maybe established an inside spin move to counter the deep upfield rush he’d be in a better position to get pressure on the quarterback more often.

Redskins have gotten themselves one heck of a football player if I do say so myself. While he may not be the most popular pick among fans at the moment, I think he will quickly win them over with his tough demeanor and hard work on the field. Anderson will be a big help in both stopping the run and getting pressure on the quarterback. These Alabama players are well coached and all play with this same toughness. It’s no wonder that the Redskins took Jonathan Allen and Anderson with their 1st two picks of the draft. They all make flashy big plays. Anderson made a lot of them in his college football career. He’ll continue to make a lot of plays in the NFL with the Redskins, and hopefully for a long time. Plays like this: