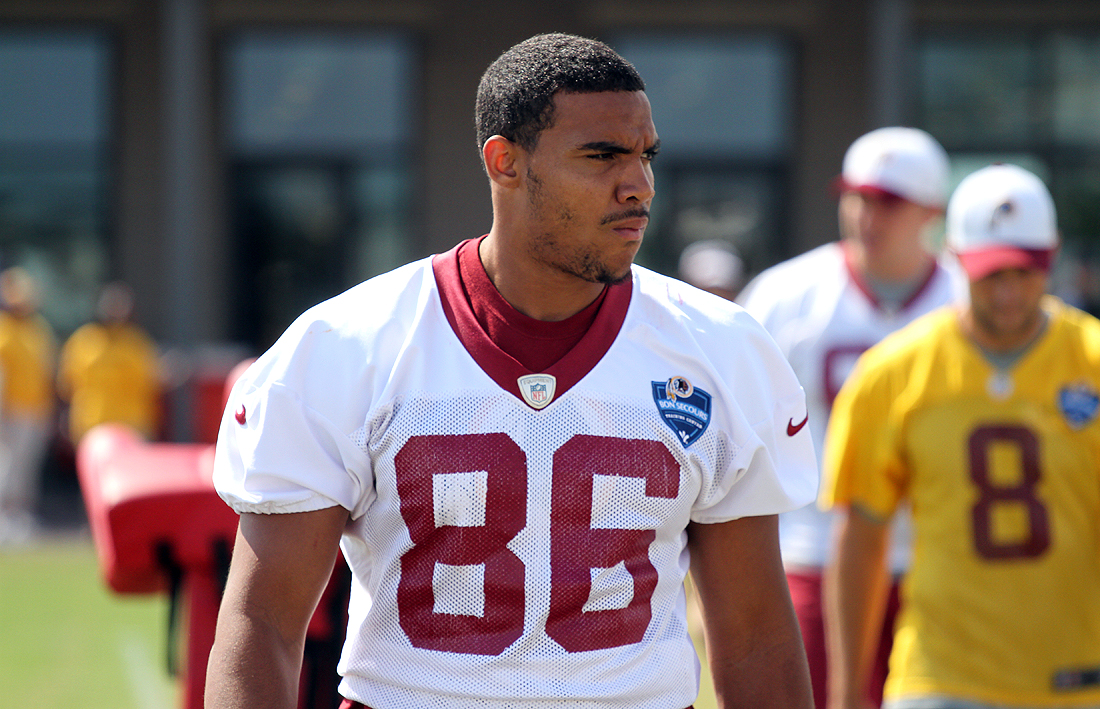 On the same last drive of Sunday’s win over the division rival Philadelphia Eagles that ended with a brilliant Pierre Garcon touchdown catch, Tight End Jordan Reed suffered a concussion that saw him leave the game.

Unfortunately for Reed, this is his 6th concussion in 5 years, and what was already a concerning issue now becomes an even more pressing worry for his ongoing health and wellbeing.

Any way you put it, five concussions in five years is alarming, especially given the emerging research on Chronic Traumatic Encephalopathy, often referred to as “past-concussion syndrome”.

Across the league it is becoming apparent that teams are taking the risks associated with multiple concussions increasingly seriously, and many have wondered whether the fact that Wide Receiver Wes Welker’s six past concussions are why he finds himself a Free Agent currently.

For Reed, he now must go through the extensive medical process the NFL has implemented in efforts to limit the risks associated with further head trauma following a concussion, known as the NFL ‘Return to Participation Protocol’. This protocol outlines the process a player may be medically cleared and return to play after the following has taken place:

A player returns to baseline status of symptoms and neurologic exam, including cognitive and balance functions. A repeat neuropsychological evaluation is performed before return to practice or play, with interpretation of the data by the team neuropsychology consultant.

Prior to return to participation, not only must the team physician clear the player, but the Independent Neurological Consultant with expertise in concussion must also evaluate and clear the player for return to practice and play.

There can be no denying that Reed is a dynamic talent when it comes to the Tight End position, as we wrote here only 2 weeks ago. When healthy, Reed has the potential to sit amongst the top tier of receiving Tight Ends; he possesses a sublime set of physical abilities that set him apart from others in the league. His hands are reliable, with balls that hit his palms seemingly never leaving their vice-like grip. His work against defenders is excellent, and Reed makes using both his strength and his long arms to create separation look almost effortless.

But the key phrase there is when healthy.