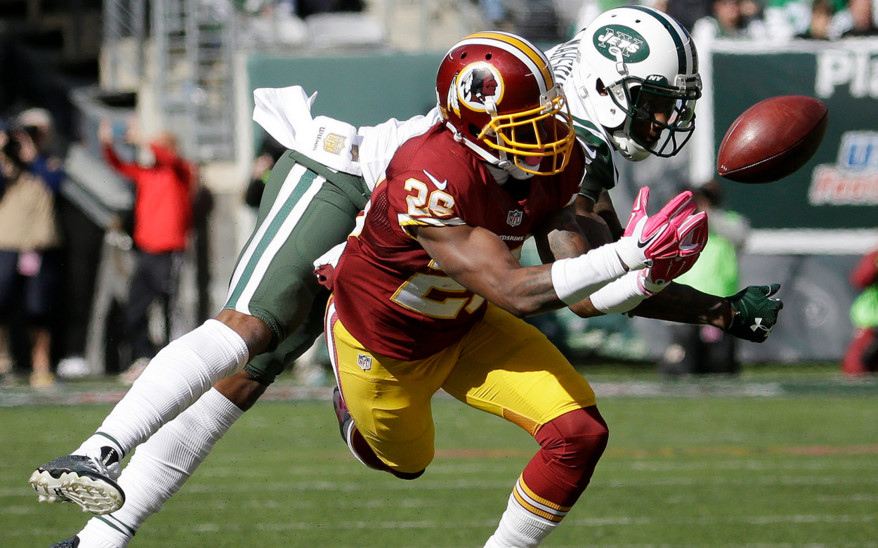 In case you’re not the type of person who has any sort of presence on social media, the fact that in the immediate aftermath of the Washington Redskins 34-20 loss to the New York Jets there were multitudes of people calling for the Quarterback to be benched should, for all intents and purposes, tell you the full story from this game.

The injury depleted Redskins traveled to New Jersey to face off against the New York team that isn’t in the NFC East in the first regular season match up between these two teams at the new MetLife Stadium. Prior to today, the Redskins had never lost a regular season NFL match on the road against the Jets, but as you know that record fell today.

Which brings us to yet another edition of our weekly game recap series; What worked. What didn’t. What sucked.

Redskins Bashaud Breeland is the only player in the past 20 years with an INT, FF & 2 opp FRs in one half pic.twitter.com/Krak70Hs5F

Re-watching some of the second quarter now.

The INTs are brutal, sure. But I'd argue Cousins consistent inaccurate passes behind WRs worse.

“I don’t know. I’ll have to look at the film. Like I said, it was a little windy. Also, he had a lot of pressure on him, really. There were a lot of things going on pre-snap that he’s got to deal with; getting the formations, the protections and all that. Last week the Jets had about 15 cover-zeros against Miami, so we’re always looking out for those and making sure he’s aware of those. They played pretty vanilla today. I think he hurried on some throws he didn’t have to, or maybe he did… I’ll have to look at the film. But overall, you hate to pin this game on Kirk.”