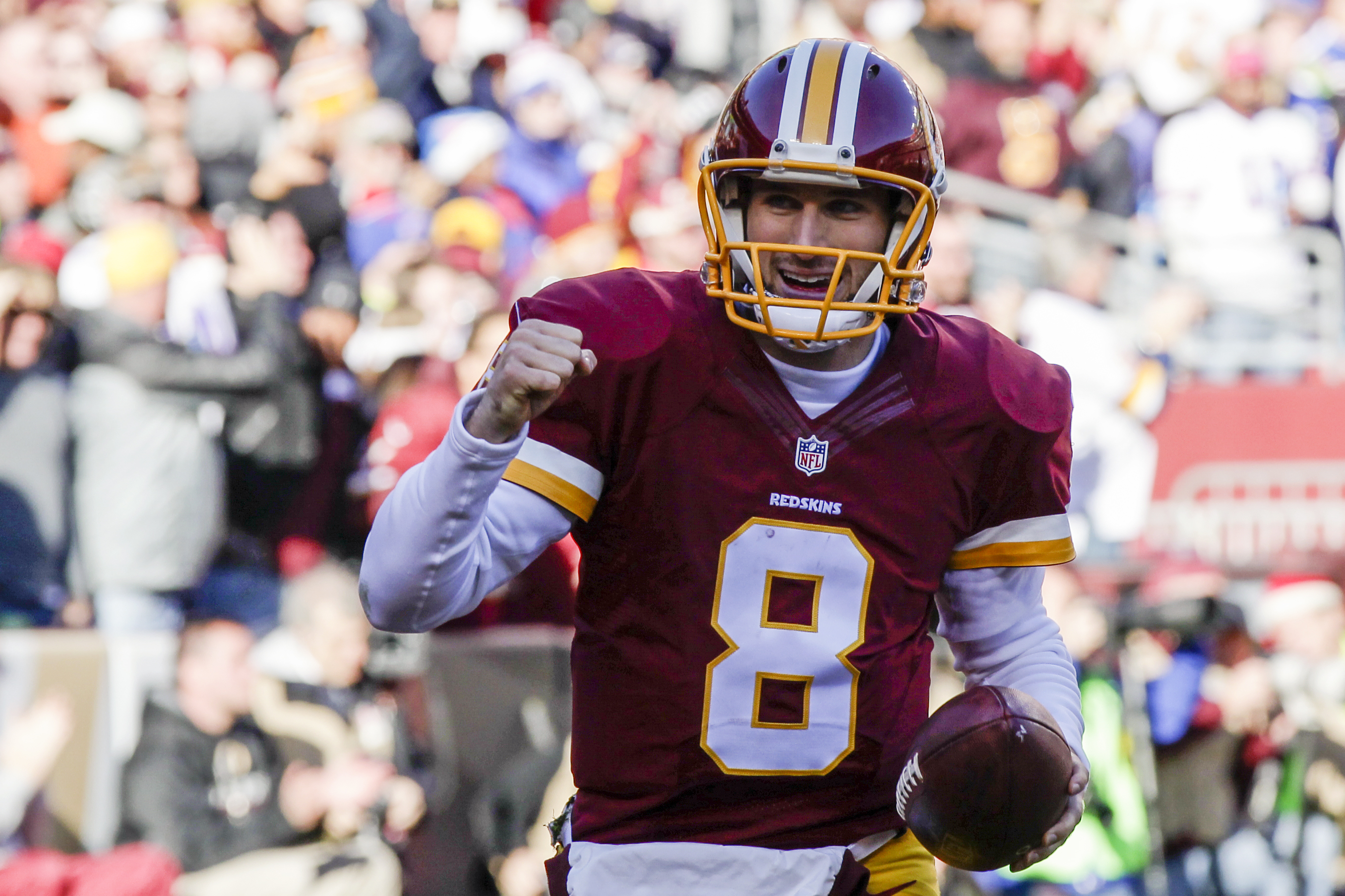 With just three weeks left in the regular season, what better time than now to take advantage of daily fantasy football contests?

Whether you will be playing daily fantasy football for the first time, or are a seasoned veteran, a good way to start your research is by taking a look at the Vegas lines.

And Vegas really likes the Washington Redskins in this game. Washington’s 28.75-point implied total is the second highest of any team, and they are favored by six points in the game with the highest over/under of the week. That makes the Redskins a prime target for fantasy football in Week 15.

Since they are playing on Monday night, you will need to check out the Sunday-Monday slate on either FanDuel or DraftKings in order to get any Redskins players in your lineup.

Now let’s take a look at which of those Redskins players are best suited to help your succeed in daily fantasy football this week.

After throwing for two touchdowns in Week 14, Cousins extended his streak to eight-straight games with multiple touchdowns. He has also thrown just two interceptions over his past five games, and hasn’t thrown multiple interceptions in a a game since Week 1.

The Carolina Panthers have allowed the seventh most fantasy points per game to opposing quarterbacks, but have improved recently. They have intercepted 10 passes over their past eight games, including three in Week 14, and have also forced five fumbles over that span. However, they still allowed five of those eight quarterbacks to pass for more than 250 yards, and gave up multiple passing touchdowns four times.

When taking a quick look at his pricing compared to all other quarterbacks on each of the major daily fantasy sites, Kirk Cousins jumps out as an extremely good value on FanDuel. He is the 19th most expensive quarterback there this week, compared to the third most expensive on DraftKings.

His is a fine play on DraftKings if you can afford him, but is close to being a must-play on FanDuel due to his extremely low price.

In Week 14, Crowder was held to less than 80 receiving yards or a touchdown for the first time since Week 5.

Now he will be looking to bounce back against the Panthers, who are giving up the seventh most fantasy points per game to opposing wide receivers. Crowder has run 72% of his routes from the slot this season, which will match him up against Leonard Johnson this week. Among the 120 cornerbacks that Pro Football Focus has graded this season, Johnson ranks 114th.

Due to his rough outing last week, Crowder’s price has dropped on both daily fantasy sites, making him more affordable. Last week’s performance could also lead to less people looking his way this week due to the recency-bias. This helps make Crowder an excellent option in all formats this week.

Garcon now leads the Redskins in both targets (93) and receptions (64), and has either topped 65 receiving yards or caught a touchdown pass in five of the past six games. He has also averaged 5.67 receptions per game over that span, which gives him a boost on a PPR site like DraftKings.

He won’t have quite the matchup that Crowder does against Carolina, but will primarily line up against Daryl Worley, who Pro Football ranks as the 66th best cornerback.

Crowder is the preferred play in cash games, but if you really can’t afford him, a pivot down to Garcon would not be a bad play. In tournaments, Garcon is firmly in play, and can wisely be stacked with both Crowder and Cousins in the same lineup.

If Reed were healthy, he would be one of the best tight end plays of the week against the Panthers, who are allowing the most fantasy points per game to opposing tight ends this season.

For that reason, it will be very important to monitor Reed’s status leading up to Sunday. If, in the rare chance, he is reported to be fully healthy, he can be rolled out in cash games. If not, he will remain a tournament only option.

Either way, he is one of the top tournament-options at tight end due to his extremely high ceiling and one of the best matchups of any tight end this week. If news comes out that he is unlikely to play, or will be on a snap count, then Vernon Davis would take over as a tournament option on both sites.

Outside of Week 1, the Redskins defense has scored six or more fantasy points in each home game this season. They have averaged three sacks and 1.4 turnovers forced across those five games.

This week, they will be up against the Panthers, who are giving up the seventh most fantasy points per game to opposing defenses.

The Redskins defense has not reached double-digit fantasy points in any game this season, but their solid floor and affordable price make them a good option for cash games on both sites in Week 15.

Carolina is giving up the 11th most fantasy points per game to opposing kickers, which bodes well for Hopkins, who has not scored less than eight points in consecutive weeks all season.

Yes, he missed again last week, but the matchup is in his favor and Vegas expects the Redskins to score a lot of points.

Being priced just $100 above the minimum at his position, Hopkins is firmly in play in both cash games in tournaments this week.

What about the rest?

After two-straight disappointing games, Rob Kelley got back on track with 88 total yards and a touchdown in Week 14. However, he still failed to get 20 touches for the third straight week, and now will have to deal with Carolina, who is allowing the seventh fewest fantasy points per game to opposing running backs. Playing in Kelley’s favor is that he is priced outside of the top-20 running backs on both daily fantasy sites. But so is Kenneth Farrow, who has a much better matchup, and out-touched Kelley in Week 14 despite starting the game behind Melvin Gordon on the depth chart.

Among the top three wide receivers, DeSean Jackson has the toughest matchup against James Bradberry, who Pro Football Focus ranks as the 27th best cornerback. Bradberry is not expected to shadow him, and Jackson does move around, but with price, performance, and matchup all considered, Garcon and Crowder are the better options. As usual, Jackson does have the potential for a big touchdown reception, which puts him in tournament consideration. However, his low floor, and the unpredictability of that big play happening, make the other receivers the better options this week.