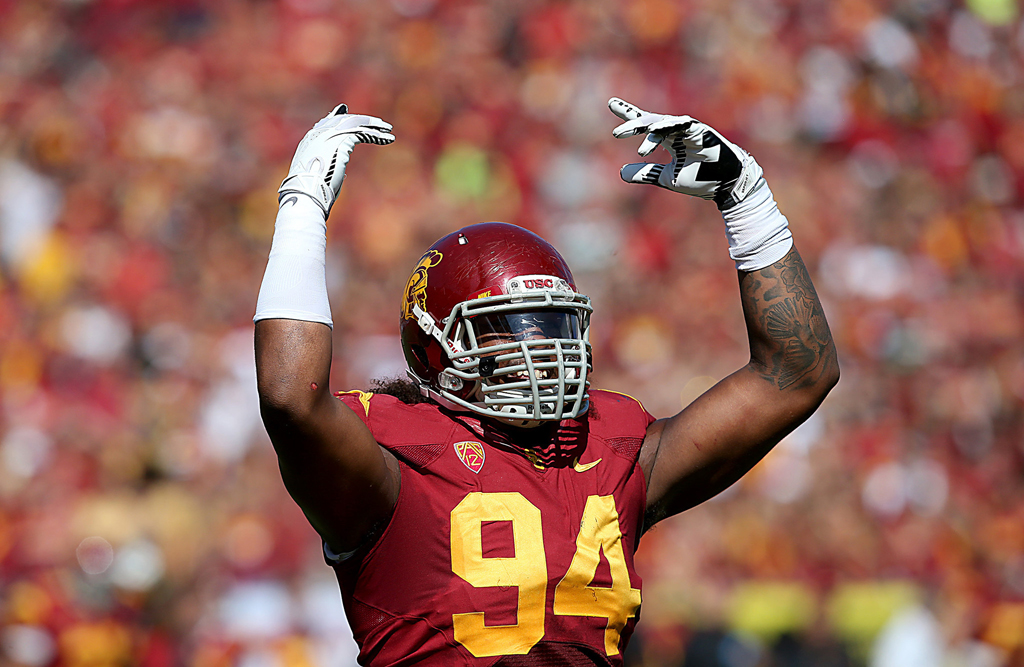 The fluid and unpredictable nature of the beast that is the NFL Draft means that teams need to do their due diligence on a wide range of players, so as to account for all possible outcomes.

As recently as two weeks ago, the thought of USC Defensive End Leonard Williams possibly dropping into the Redskins’ lap at pick 5 seemed unlikely at best, ludicrous at worst.  Williams after all is considered by many to be the number one prospect in the 2015 rookie class.  So when news broke on Friday from NFL media insider Ian Rapoport that the Redskins were hosting the prodigious Williams for a pre-draft visit, naturally it resulted in some excitement amongst Redskins fans.

Actually, #USC’s Leonard Williams’ schedule picks up next week: He’s at the #Jets on Monday, then the #Redskins on Wednesday.

With the Redskins picking 5th, and the consensus seeming to indicate that there will be two Quarterbacks taken in the preceding 4 picks, that means that Williams only needs to get past the Oakland Raiders and the Jacksonville Jaguars for the Redskins to have the luxury of taking such a promising talent 5 picks deep into the draft.

I don’t want to get your hopes up, Redskins fans, but this is actually a very strong possibility.

The Jaguars have been telegraphing that their intention is to take an edge rusher, with both Dante Fowler Jr and Vic Beasley evidently high on the Jaguars draft board.  Whilst the possibility of the Jaguars taking Williams remains high, it would seem that Gus Bradley is aiming to add some explosiveness off the edge to a defense that had a lot of difficulty getting to the Quarterback in 2014.

On the other side of the country in Oakland, there’s a bit less certainty.  The Raiders could also take Williams and seek to shore up a defense that has to face Peyton Manning for at least one more year.  However, the Raiders are also being linked to Amari Cooper by a lot of Oakland beat writers and reporters, and the Raiders are a team without a lot of weapons on the offensive side of the ball.

If the Jaguars and Raiders decide to pass on Williams, you may literally see the Redskins contingent in Chicago sprint to the front of the stage to hand in their draft card.