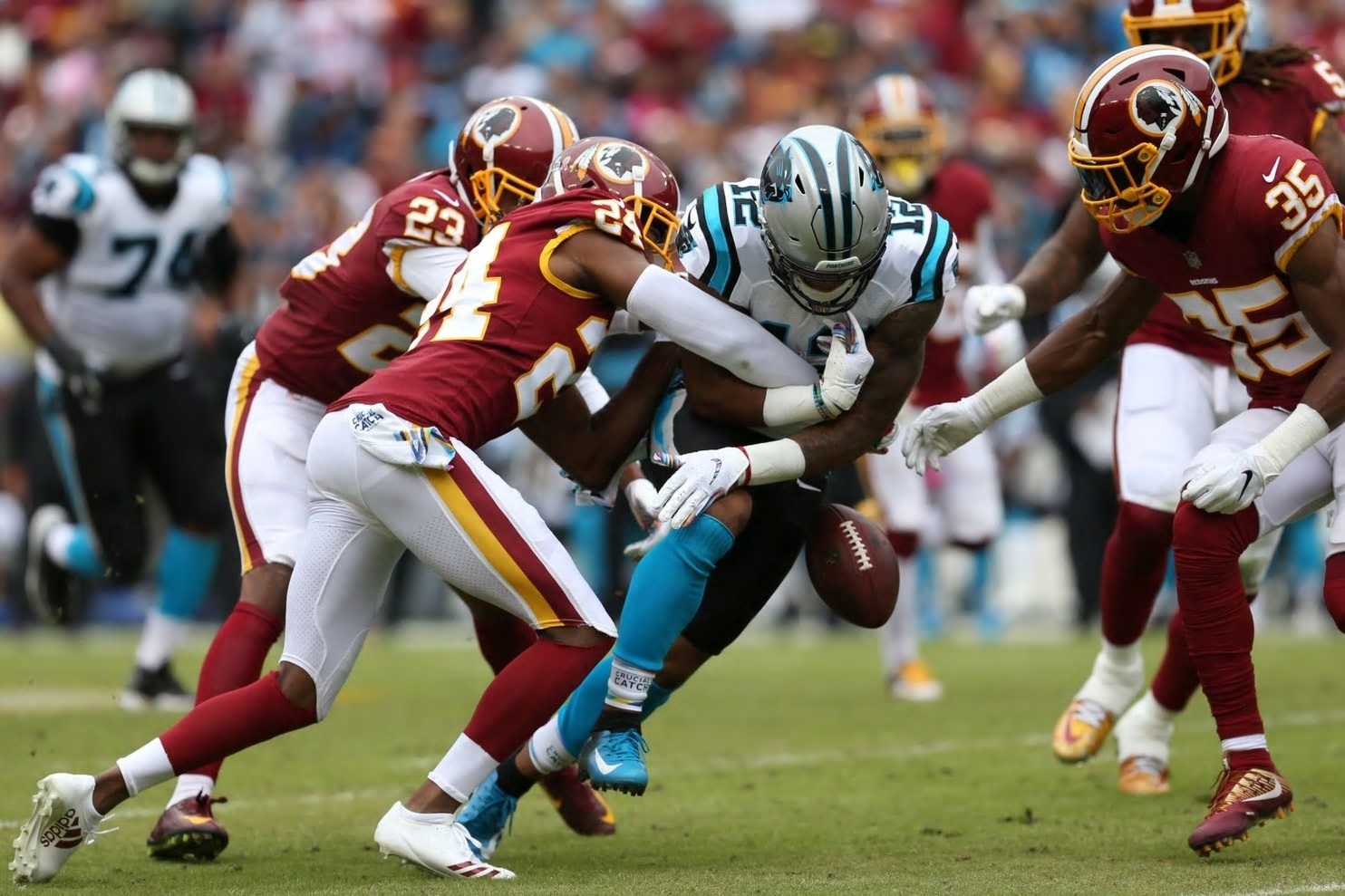 The Washington Redskins offense has shown that it can certainly jump out to an early lead and get the crowd involved early, especially if the opponents are turning the ball over 3 times in the first half at home.  Those turnovers controlled field position and lead to 10 early points which in turn, gave the Redskins a 17-6 halftime lead.   The question coming out in the second half was can the Redskins score a touchdown in the 3rd quarter to extend the lead and keep the Carolina Panthers from making it close? The Redskins haven’t done that since they beat the New York Giants in Game 12 of the 2017 season.  Sadly they couldn’t muster any points in the 3rd quarter and slowly let the Panthers back into the game.

The Redskins defense this season has been, to quote Winston Churchill “A riddle, wrapped in a mystery, inside an enigma”, and for the rest of the season I predict it will be that way until the younger talent finds their way and gains some consistency. So when the Redskins were up 17-0 there wasn’t a Redskins fan in the stadium, never mind the lower 48, hell maybe in the entire globe who thought, “yep, that should be enough for a Redskins victory”.

Nope. Not a single fan dare say it because they all know better.

No lead is too large for this team in the last 20 years of existence to lose a game where they hold a commanding lead such as 17 points. Maybe at 24 points and some fans tend to relax and order another drink because they can start to feel like celebrating a tiny little bit. A 30 plus point lead and fans would have thought someone had spiked the punch/beer and think they were hallucinating. That’s just how Redskins fans think. They seem convinced the Redskins will find new ways to punish the remaining faithful in new, cruel ways.

As the game was ticking away toward its grand finale, the score 23-17, the Panthers moved down the field with ease as they felt confident in making a comeback with QB Cam Newton leading the way. The Panthers would reach the Redskins 16 yard line but go no further. With Redskins fans yelling as loud as they could, the Redskins defense brought some pressure combined with great play by their secondary and sealed the game with Newton missing on 3 straight passes and turning the ball over on downs.

Relief spilled over the stadium as the Redskins finally could finally celebrate and not have to think about a comeback that could of happened and instead focus on the fact that they have once again overcome a bad game, stymied a strong opponent’s comeback, and sit atop the NFC East division.  While that might not seem like a big accomplishment due to the lack of real power in the NFC East, it still can be held aloft as something to strive for this season.

After a tough week of getting blown out on national television, some finger pointing, and some folks calling for the Jay Gruden’s resignation, the Redskins somehow got through it and persevered. As Winston Churchill once said “If you are going through hell, keep going”. The 2018 Redskins appear ready to go to hell and back several times this season with the hope the final stop isn’t in a place full of suffering but rejoicing and relief.