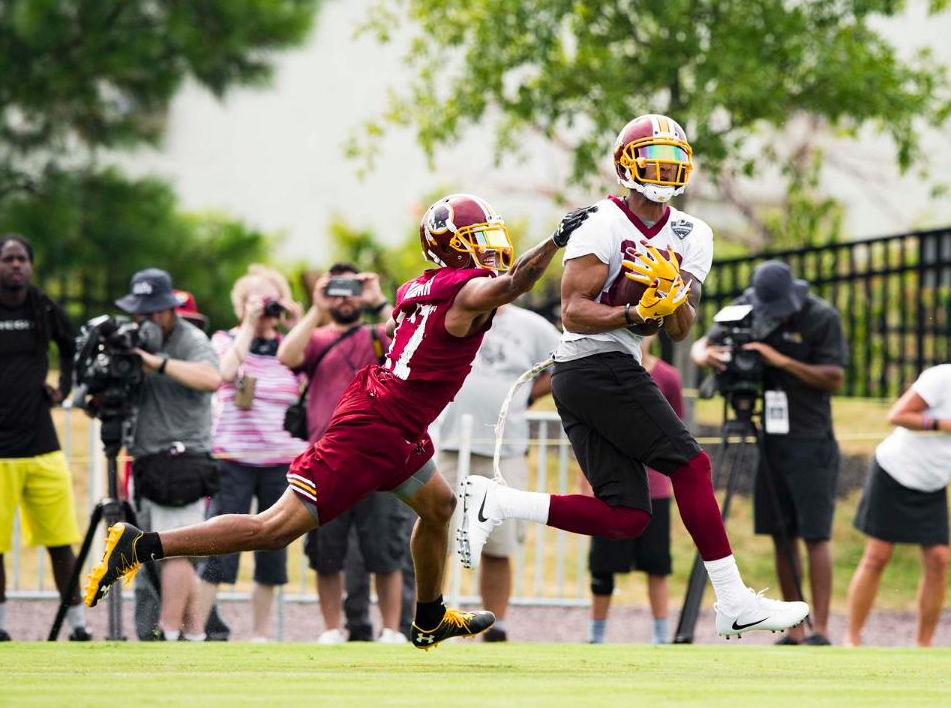 “Don’t do or say anything stupid, Robbie“.

That’s what I kept telling myself as I walked up to the Bon Secours Training Center where the Washington Redskins hold their pre-season training camp. I had been going to watch the the Redskins practice in Training Camp since I was in high school, back when camp was held at Redskins Park in Ashburn, Va. All those times I had been going as a fan ready and eager to see my favorite team go to work. But this time, I wasn’t going as a fan but as a credentialed member of the media.

Okay, I’m still a fan. But I was there now for more than just being a fan. I was there to watch practice and analyze what I saw, not be a fan-boy and get overwhelmed by the moment. Being on the sidelines with the big media types getting a close up view of the Redskins has been one of my dreams for a long time, and this year I made it.

I saw everyone -and I mean everyone- that you normally see on the beat covering the Redskins; major media outlet personalities, the local crew, and many others that you see on T.V. or read their articles in the news. I had been following these people and consuming their reporting and analysis for a long time and today I was among them as a peer. It was surreal.

Then there was the team itself. I got to stand in the press room where Head Coach Jay Gruden conducted his pre-practice press conference. I could’ve asked him a question if I wanted to (admittedly I was too nervous). After the presser, I was able to walk along the sidelines and to get a good look at the players as they practiced and hear their coaches working with them. Those interactions are priceless and something you can’t catch from where the fans are. It’s a football nerd’s paradise. 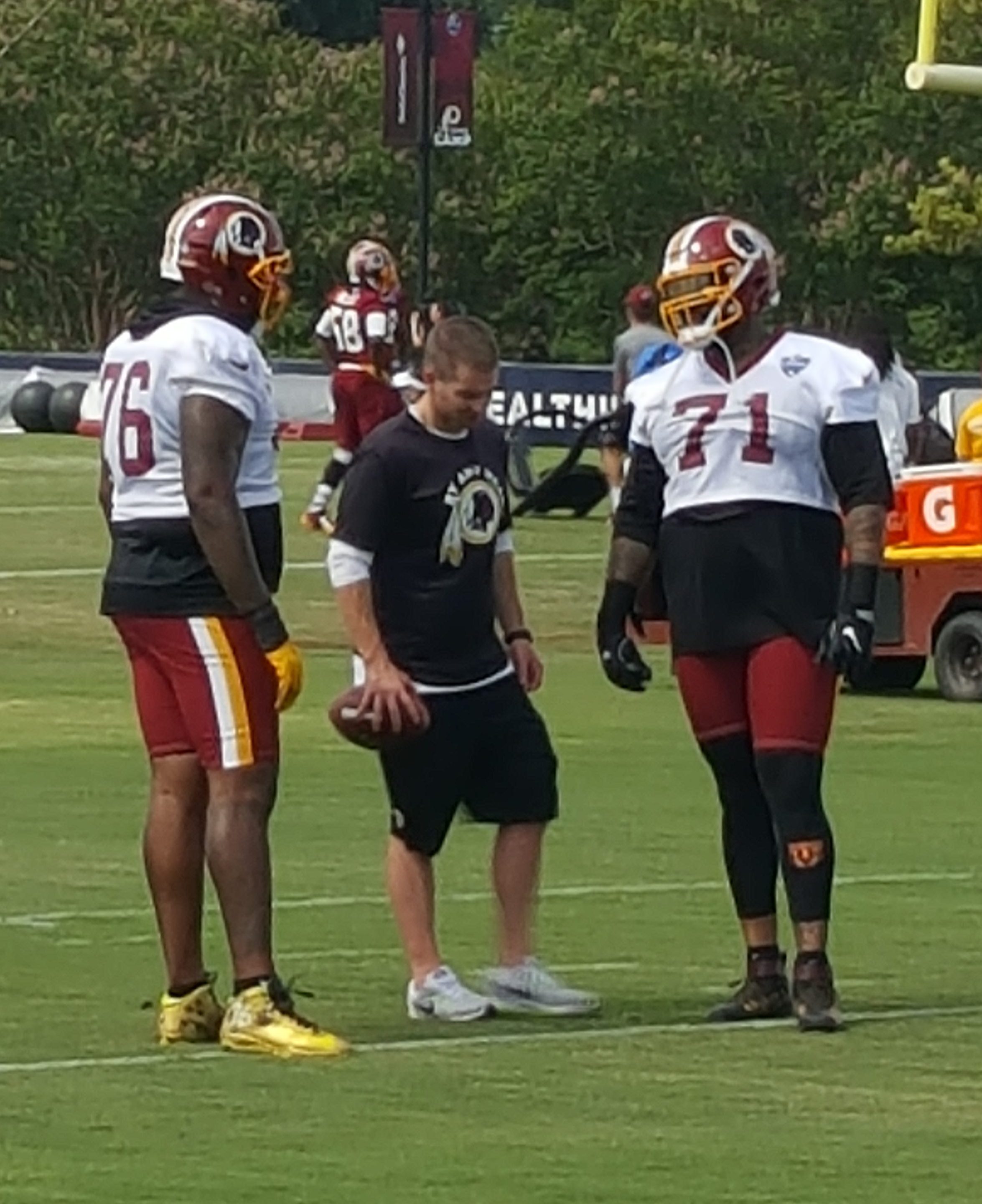 The most challenging thing about watching camp and reporting on it, it is impossible to watch everything. You have to focus on a specific position group or player if you really want to get an accurate observation. That being said, I have no idea how some of the other members of the media seem to get a ton of notes on everything. I guess that’s why they’re paid the big bucks!

My focus is always on the offensive line first and foremost, then the defensive line after that, and there’s still a ton of things that you end up missing. That’s why film is so important. The coaches get to go back and see what the players did in-depth while everyone on the outside are just making quick observations and assumptions. What’d I’d give to have access to film like that! Anyways, I was in fact on my best behavior and don’t believe I said anything stupid. What I did do for certain is watch a lot of practice and took a lot of notes. So here’s some quick notes and observations of what I saw from camp today:

That’s about all the observations I was able to make. The overall edge went to the defense today, they were flying around and getting pressure on the quarterbacks. But like I said, there’s no pads on. Once they’re on it’ll be a different discussion. I unfortunately won’t be back to camp until August 5th, which is Fan Appreciation Day. Comment before or reach out to me on Twitter with any camp questions you have!