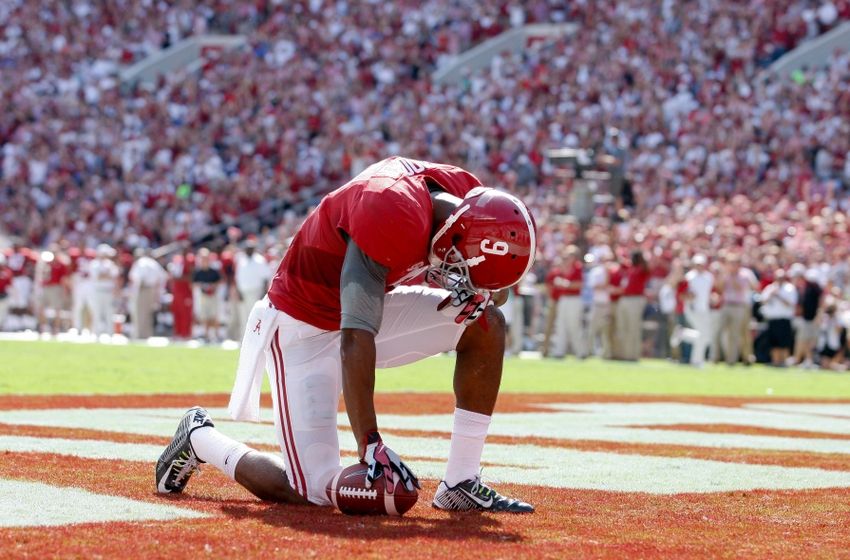 The 2015 NFL Draft is now nine days away, which will mark a new era for the Washington Redskins with GM Scot McCloughan at helm. I don’t believe anyone has more of a clue today than they did two months ago when it comes to what the Redskins will do at five overall. But if history serves me correct, I’d take an educated guess in saying that Washington will go offense with their first round pick.

Last week on PPI, I took a look at Scot McCloughan’s draft trends and one thing that stood out to me is 12 of his 20 career first round picks were used on offense. Four of those 20 first round picks were selected in the top-10 and all were offensive picks (two Wide Receivers, one Tight End and one Quarterback). Of course, that isn’t a big sample size. But it’s something worth noting.

With the Washington Redskins lacking a first round talent the past two years, they absolutely can’t afford to strikeout this year. When observing the top non-QB talents in this draft, the productive low-risk players are on the offensive side of the football. Guys like Leonard Williams, Dante Fowler, Shane Ray and even one of my personal favorites – Vic Beasley — are all potential risky picks. Of those four mentioned, Beasley has been the most consistent throughout his collegiate career as a pass rusher. When you’re selecting an edge rusher or defensive lineman in the top-10 of a draft, he better be able to rush the Quarterback. The only one who I’d label an elite edge rusher is Beasley.

Having said that, guys like Amari Cooper, La’el Collins, Brandon Scherff and DaVante Parker are low risk, high reward players. I could also throw Kevin White in that pool, but to be honest, there is risk with him.

The Redskins really like Amari Cooper – this is something I’ve heard for over a month now. That’s not to say they don’t like Kevin White. However, I just get the sense that they like Amari Cooper more. In fact, I wouldn’t be surprised if he’s the top player on Scot McCloughan’s board.

Now, where the Redskins sit in the draft is kind of an odd spot. They’re right in the middle of the top-10 and based on recent drafts – that’s where draft boards begin to dictate things a bit. You never know what team is higher on a player. For example, in 2013 the Lions selected Ziggy Ansah with the fifth overall pick. To some, that was a bit of a reach. But to the Lions, they grabbed a player they had highly ranked on their board.

In this year’s draft, it doesn’t necessarily appear to be an offensive lineman that’s worth a top-5 pick. I believe, regardless the position, you have to impact the passing game if you’re selected top-10. To me, the best and safest offensive lineman in that regard is La’el Collins. But I still wouldn’t take him top-5.

So here’s my theory — if a guy like Amari Cooper isn’t on the board at five overall, McCloughan will do anything he can to move back. When and if the Redskins are able to trade back, they will select an offensive player – either an offensive lineman or receiver. I don’t think it’s any coincidence that McCloughan used Free Agency to help revamp the defensive side of the football. I think he believes that the offense can be improved early in the draft.