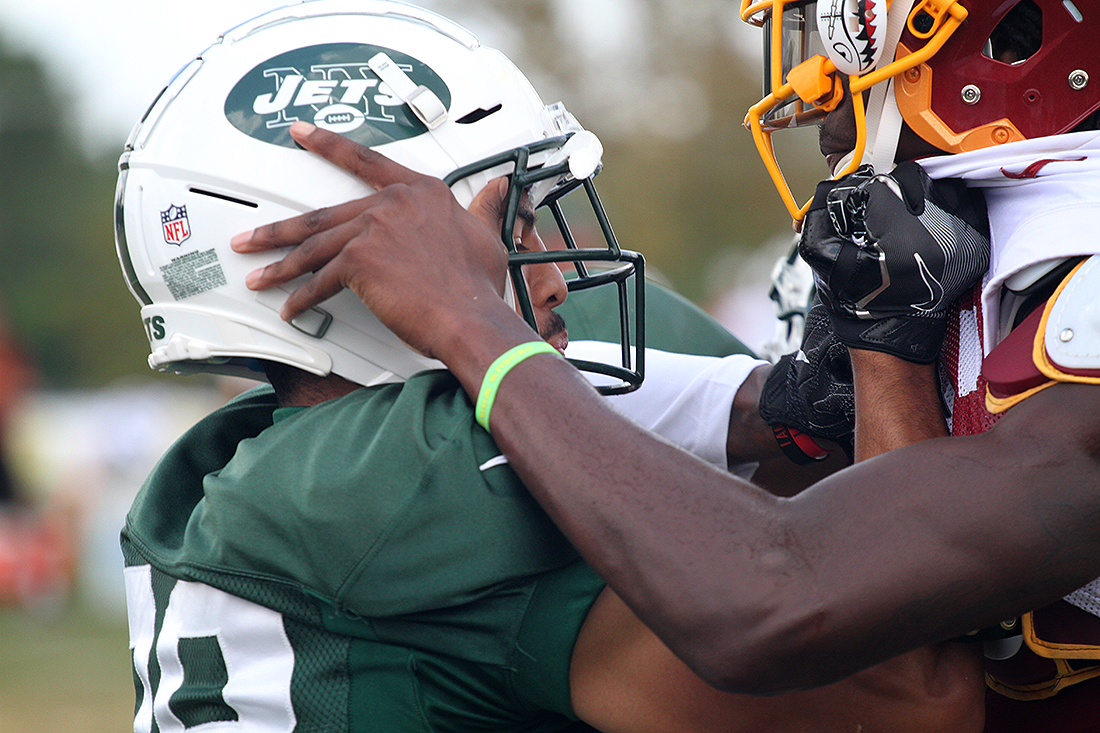 This felt inevitable, but most people were surprised how quickly the joint practices between the Washington Redskins and New York Jets degenerated into an all-out melee.

And Redskins Capital Connection host Chad Ryan was right there in the middle of it – literally. The fight engulfed his beloved camp stool as 40 NFL players scrapped on top of it. So if you want the details for what happened, you’ll find no better place than right here to get it!

Joining Chad on today’s show are co-hosts Chip Brierre and Mark Phillips as we recorded the episode from a Buffalo Wild Wings downtown after the rain shut things down at the Bon Secours facility.

We cover off day one of the joint practices and say our farewell’s to Chip as today was his last day at camp.

Tune in and get caught up on all the action!