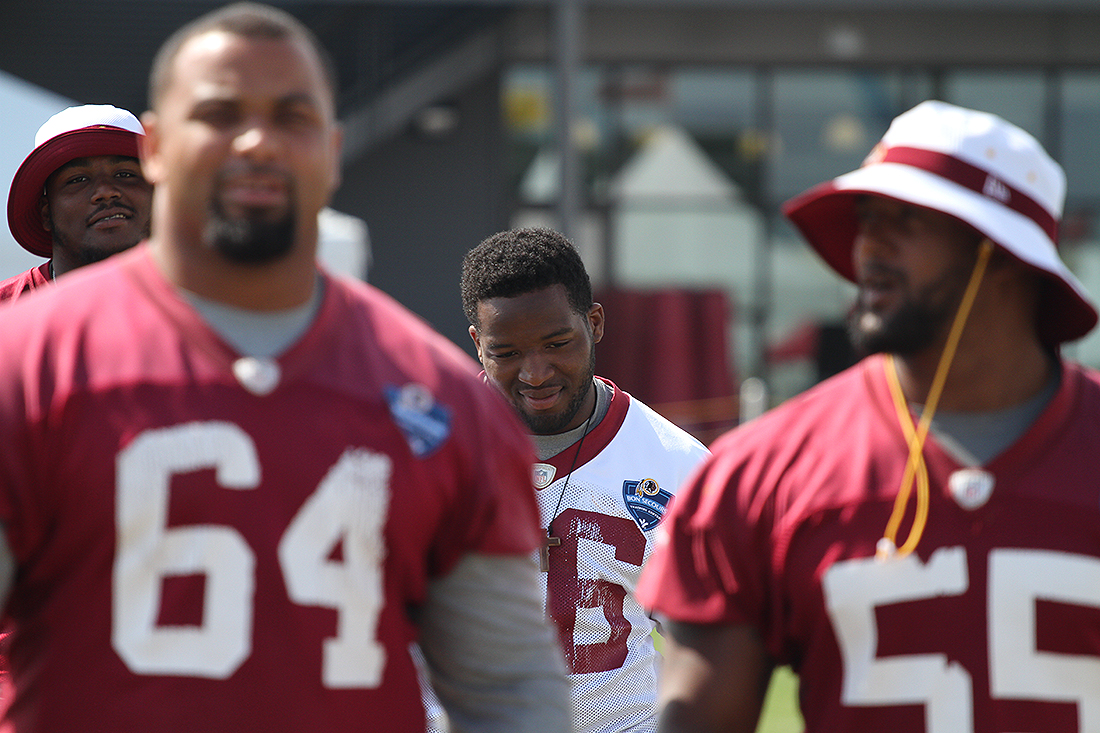 After Tuesday was their first day off for Training Camp, the Redskins hit the field on Wednesday with their batteries recharged, well rested.

With the Houston Texans coming in to town tomorrow morning for what will surely be a high-tempo practice session, the Redskins opted for a lighter afternoon practice session today compared to previous days. The team were not wearing pads today, and there was no contact in either the 7-on-7 or 11-on-11 scrimmages.

11 on 11s again. First RGIII pass is from empty backfield. Lofts it deep to Reed. Ihenacho on him like a glove. Good coverage. Incomplete.

Second pass RGIII looks for Roberta. Him and Culliver collide over the middle, both fall down. Would probably have been DPI. Incomplete.

Third pass, RGIII pops out of receivers hands. 0 for 3 on that series from RGIII, all mid to deep passes.
Cousins in now with 2s. 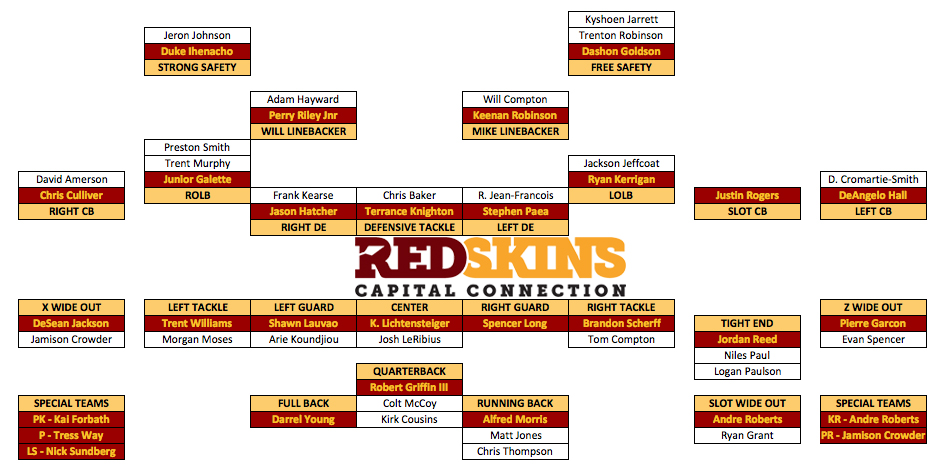 A couple of changes to the projected Week One roster from the last time we looked at it;

“We’re going to let the preseason games really be the factor in how many we keep and who’s No. 2 and who’s No. 3. Last year we kept three obviously. That’s not etched in stone.”