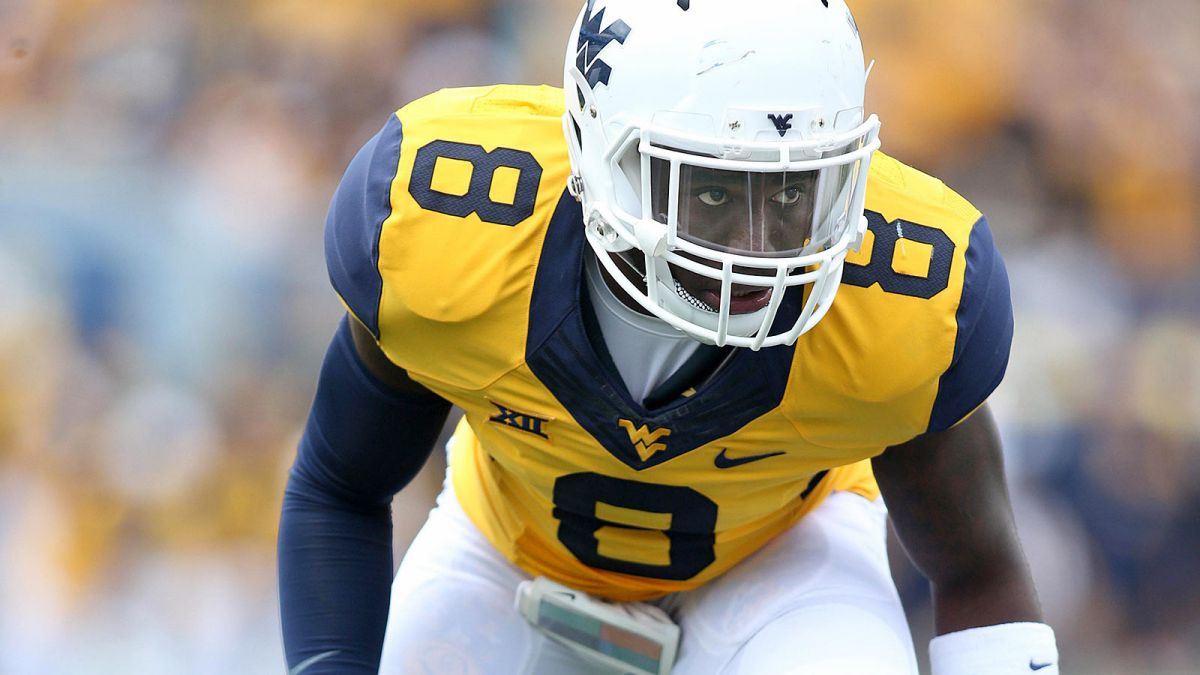 Washington Redskins General Manager Scot McCloughan said he wanted 10 draft picks prior 2015 draft, and that’s exactly what he went out and got.

This year? McCloughan is on record stating that he desires as many as 12 draft picks in 2016. Although that might be difficult to achieve, I do fully expect McCloughan to trade down at least once, if not multiple times in order to gain more draft picks once everything is said and done.

So why shouldn’t our Mock Draft 4.0 feature trades? Answer: it should.

Let’s say that a team like the San Francisco 49ers are smart, and select the best player available at number 7 overall instead of reaching for a quarterback. However, one of the top three QBs is still on the board when the Redskins are on the clock at 21?

The Redskins could trade down into the early second round, and also gain an additional 3rd and 6th round pick (68 and 178 overall).

Are we done wheeling-and-dealing yet? Absolutely not.

Let’s grab one more mid round selection, by trading down in the third, from pick number 68 (the pick acquired from the niners), to pick 82, McCloughan grabs an extra fourth rounder (number 116 overall) in the process.

That concludes our trades, leaving the Redskins with 11 overall sections as follows:

Now that the picks are set, onto Justin Byram’s Mock Draft 4.0!

As long as Joseph’s medical checks out, I’m targeting the former WVU product if I’m McCloughan and the Redskins. This pick combines value and need for an organization that has needed an upgrade at the safety position for entirely too long.

Joseph has been called a “poor man’s Earl Thomas” which McCloughan would be ecstatic to pick-up in the second round. Joseph has a nice combination of range, coverage, and ball skills; not to mention he flies to the ball like a heat seeking missile whether in run support or in coverage with the intent of letting anyone with the ball in their hands very, very aware of his presence.

Joseph can be overly aggressive at times, and goes for the big hit instead of the ball in coverage far too often, but the bottom line is that Joseph has an extremely high ceiling and will be a solid football player for the Redskins for years to come.

I will likely get torn apart on twitter and in the comment section for mocking something “different” than the experts. However, I think that although Bullard is a very talented prospect, his tweener frame, limited pass rush skills, and the fantastic depth of the defensive line class could cause the Florida product to slide a bit on draft day.

Bullard has the ability to play defensive end in a traditional 3-4, and can kick inside on passing downs. Although Bullard didn’t specialize in rushing the passer in college, I do think he has some upside as a 3 technique pass rusher with some NFL coaching and improved technique.

The Redskins are still looking for a nose tackle to replace Terrance Knighton, and although Collins is a different player than Pot Roast, I think he can be a solid replacement.

Collins isn’t as big as Pot Roast, checking in at 311 pounds, but he still has the strength to clog the middle. Not to mention Collins is surprisingly quick for his size, and has exceptional hand technique as a pass rusher.

Because the Redskins defense runs more of a hybrid combination of the 3-4 and 4-3 defense, I think Collins can make an impact from multiple positions across the line and from different formations, giving defensive coordinator Joe Barry a lot of flexibility in how he lines up his defense.

I really like Collins upside as a pass rushing interior lineman. He shows exceptional hand use and punch off the snap, and is strong enough to jar opposing lineman off-balance with a powerful strike when he lands his punch effectively. Between Collins, Chris Baker, and Kedric Golston I think the Redskins can get by at nose tackle when they line up in a traditional 3-4; and by adding Collins and Bullard to the mix, the Redskins should get significantly more push from the middle on passing downs and in 4-3 alignments.

C.J. Prosise is one of my favorite prospects of the entire draft. Prosise started his Notre Dame career at wide receiver before transitioning to running back.

Prosise possesses good size, at 6’0 220 pounds, which makes him physical enough to run between the tackles, but he also possesses the burst to take it all the way on any time he has the ball in his hands, and he unsurprisingly catches the ball like a wide receiver out of the backfield.

Prosise and Matt Jones would make a solid 1-2 punch out of the backfield both being big, versatile runners capable of running between the tackles, bouncing it outside, or catching it out of the backfield; and with Chris Thompson still developing as a solid third down back, Prosise, Jones, and Thompson would form a solid young trio of backs for the Redskins moving forward.

I really like the way Prosise and Jones would compliment each other. The skins could implement the young 1-2 punch much like the reigning Super Bowl champion Denver Broncos used their backs. By implementing this “running back by committee” mentality, Jones and Prosise should be able to stay fresh throughout games and the length of the season while wearing down opposing defenses late in games.

I’m still trying to figure out how Keyarris Garrett isn’t getting more hype in a relatively weaker receiver class. Garrett checks in at an impressive 6’3 220 pound and uses his long strides to get behind defenses, and possesses good body control and long arms to box out defenders and grab 50/50 balls.

Garrett is the type of big receiver the Redskins are currently lacking, and would be a really nice compliment to last year’s draft pick Jamison Crowder moving forward.

By keeping both DeSean Jackson and Pierre Garcon on the roster, Garrett can take his time adjusting to the speed of the NFL, and be an immediate possession receiver and red zone threat for quarterback Kirk Cousins in the mean time. In a few years, I think grabbing Garrett in the fourth round could look like an absolute steal.

Not to mention the fact that the Redskins have to start thinking about their future at the position beyond 2016 (Jackson and Garcon will both be 30 by the end of the season, and will be impending free agents). McCloughan likes big, tough football players, and that’s exactly what Garrett fits the bill perfectly.

Simmons possesses the size Scot McCloughan values, standing at 6’3 201 pounds. Simmons doesn’t possess corner-like skills to cover outside or slot receivers many teams want their free safeties to have; but he does possess outstanding range, football IQ, ball skills to be a force at the position if used correctly.

If Simmons is patrolling the middle of the field, opposing quarterbacks beware, he makes reads and breaks on the ball with ease making tough interceptions look like routine catches. Simmons also knows how to use his big frame and long arms to be competitive with bigger receivers and tight ends in coverage.

The Boston College product is no slouch against the run either, showing willingness to be physical at the point of attack and wrap up ball carriers with solid technique.

Simmons may not be as versatile as far as his ability to play corner and safety as Kyshoen Jarrett, but what he brings to the team is another solid football player who can help you out immediately on special teams and provide depth at a position with a lot of injury concerns and general question marks.

Evan Boehm is a big, physical center that might just complete the overhaul of the Redskins offensive line, which with the addition of Boehm would feature a lot of young talent that will have a chance to gel and play together for years.

Beohm’s wrestling background allows him to use solid leverage and hand technique to consistently win in the middle. A senior captain who started 52 straight games in the SEC, Boehm fits right in to the McCloughan and Callahan mold.

Beohm may not be ready to step in and start right away, but he is a competitor who will be gunning for Kory Lichtensteiger’s job from day one, and I think he will get it before his rookie season is over and hold onto the gig long term.

I hadn’t heard of Roberts until recently until Paul Conner and a few other people mentioned the Houston product, which prompted me to do some research on the undersized prospect, and boy did I come away impressed.

Depsite Roberts smaller than ideal frame, he plays with passion, intensity, and heart which has allowed him to dominate the competition his lone year as a starter posting 142 tackles, 19 tackles for loss, and an interception. Because of his smaller size and limited sample size Roberts will likely not hear his name until day three of the draft. However, whoever decides to take a chance on the Houston prospect may find themselves with a huge steal.

At worst, Roberts will be a leader, and a special teams stud, and every team is looking for more special teams contributors. However, I think Roberts has potential to be a starting NFL linebacker at some point in his career who will make an immediate mark as a special teams all-star.

Worley is a playmaking corner who plays with a mean streak and is always looking to make a play on the ball. Worley’s aggressiveness and desire to be a play-maker can cause him to be his own worst enemy, but there will definitely be a role for the West Virginia product.

Worley’s best long term fit may be as a hybrid free safety/slot corner position, but he will have to earn his way onto the 53-man roster through stellar special teams play (can you see the theme with late round picks?) while he develops as a player and carves out his niche/long term position. Knowing how competitive Worley is, that shouldn’t be a problem at all.

Friend is a bit undersized, but he makes up for it by blocking with a nasty streak. A four year starter with experience at guard and center, the Temple product blocks with a mean streak (although this can cause him to be over aggressive at times).

Friend may not be ready to contribute right away, but he will provide excellent depth and versatility or develop on the practice squad for the year.

McCaffrey wasn’t the most productive player at Duke, but you can’t teach his size/speed combo (6’2 4.36 40) and NFL bloodlines (his father played for the Broncos). Scot McCloughan drafted a receiver out of Duke in 2015, could he make it back-to-back years? It’s very possible, and I think McCaffrey is a worth a late round selection, and a shot to prove his worth at training camp.

As always, thank you for reading!