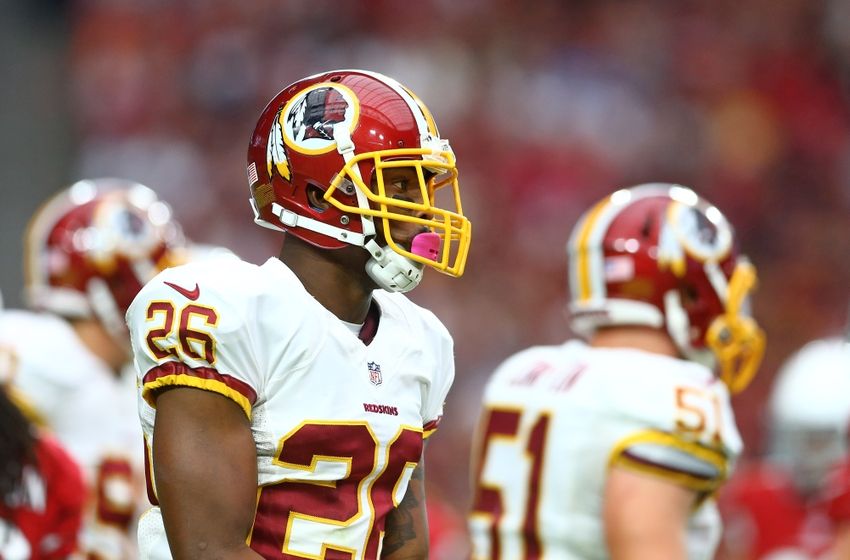 They say there are no such thing as moral victories in the NFL, but it’s hard not to be proud of the effort and progress this team showed last Sunday against the undefeated Atlanta Falcons. The defense held the team to 19 points in regulation, while the Falcons average 34 points a game. Not to mention a battered secondary held Julio Jones to 67 yards receiving. Bashaud Breeland really stepped up and had a clutch interception. Will Blackmon also had a solid game in relief of an injured Chris Culliver. Ryan Kerrigan got back to his old ways and had 2 sacks, and he was a force all day. On the offensive side of the ball, it was a slow day and the running game never got going, and even though Kirk Cousins got the team up the field with 21 seconds left to force the game into OT (courtesy of Dustin Hopkins), he threw a pick six that ended the game in heartbreaking fashion. A huge positive not as far as the offense goes, is the strong play of Jamison Crowder who continues to look like a steal in the draft. He was also targeted 8 times in the game and caught all 8 passes.

Most people expected the Redskins to get blown out in this game and didn’t give them much of a chance. Even though the Redskins lost, I think this is a game that shows this team is headed in the right direction and the progress is evident.

With that said, the Redskins have a tough task ahead as they head to MetLife to face the New York Jets, who are coming off of their BYE week. The Jets have the 2nd ranked defense in football, so this game could end up a defensive battle.

Here are a few things to that give the Redskins a chance at victory as they travel to New York and take on the Jets:

The Redskins strength is their running game, but it has not looked that way the past few weeks. Matt Jones was the leading rusher on Sunday with 11 carries for 20 yards. That’s not an impressive stat line (minus the touchdown). What is even more concerning is the lack of Alfred Morris. You can’t help but feel that he is being phased out, regardless of what Coach Gruden says. The team needs to find a way to get this train back on the tracks and gain some momentum. Clock control, time of possession, and consistent running gives the Redskins the best chance to win. The offensive line hasn’t been doing any favors for the running game lately either, and really needs to step their game back up.

The Jets are ranked 7th against the run, so it won’t be an easy task. The Redskins will need to find ways to get creative and get the running game going so the game isn’t completely on Kirk Cousins’ shoulders.

Get The Interceptions Under Control

Kirk Cousins has played solid this season, minus the interceptions. It’s been an issue his entire career and something that needs to stop in order for this team to win consistently. Not all interceptions are on the QB, most people understand this. However, Cousins seems to throw picks when he gets flustered or out of rhythm. We could argue all day as to whose fault it was on the game ending pick-six when Ryan Grant fell down on the route, but either way the pass should not have been thrown to begin with. We can all agree that Kirk Cousins needs to improve in this area, especially to silence his doubters. Currently Cousins ranks 16th overall in Total QBR. Experience and game time is the best chance of development for the young QB, so as the season goes on his stats could very well rise but if the interceptions continue the fans will have something to debate about all season.

This week Cousins is going against Antonio Cromartie and Darrelle Revis. He will face one of his toughest tests of the season against the duo and will need to be at the top of his game. It’s a scary matchup, but if Desean Jackson is able to return this week it will take a bit of the pressure off of him.

The 5th overall pick in the Draft, Brandon Scherff will be playing against the 6th overall pick Leonard Williams on Sunday. Based on the way the Jets use Williams it’s possible the two may not even make contact with each other considering the return of Sheldon Richardson. However it’s still an interesting story line considering there are people out there who believe the Redskins should have drafted Williams. Personally, I think the Redskins made the right call. The proof is in the pudding…Scherff hasn’t allowed a QB sack all season and is looking like he has Pro Bowl potential. Not to mention the D-Line is doing good things and aren’t looking like they needed him. Scot McCloughan knows what he is doing, and so far this year’s rookie draft class is showing that.

Last week Devonta Freeman had a huge game and the Redskins defense didn’t seem to have an answer on how to stop him. This week they will be up against Chris Ivory who is coming off a game with 166 yards rushing. The momentum is clearly in Ivory’s favor and will be the anchor of the Jets offense. The Redskins have played very well against the run prior to last week and will have to come up strong to slow Ivory down. Last week was Ivory’s first game over 100 yards so far this season, and he also hasn’t faced a run defense as good as the Redskins. If the Redskins are able to take away the run from the Jets, the chances of them winning this game go way up.

Don’t Leave Touchdowns On The Field

The Redskins have really struggled to turn opportunities into touchdowns. The team has been settling for Field Goals and it’s been something that the team needs to fix. At this point it’s still unclear when Jordan Reed will be able to return from his concussion, but he could really help in this area.

The Jets are only allowing 13.8 points per game, so this will very likely end up being a defensive battle. The key for the Redskins is scoring touchdowns when the opportunity arises. The Redskins and Jets are a very similar team and are very closely statistically in just about every category. The team that wins this game will be the team who makes the least amount of mistakes and can control time of possession.

#1: Redskins Defense. The Skins will be going up against an inconsistent Ryan Fitzpatrick, and this defense showed they can hang with some of the best in the league like they did with Matt Ryan. The opportunities will be there for the secondary to force a turnover.

#2: The X-Factors. Both Jamison Crowder and Chris Thompson could be in for big days and continue to impress.

#3: Kicking game. This one might surprise some people, but I expect this game to be very low scoring and it could come down to the kickers. Dustin Hopkins has been very solid and has shown the team can be confident in him if he’s asked to go win the game.

#1: The Jets CB duo. Antonio Cromartie & Darrelle Revis are a scary combination and is an extremely tough matchup for Kirk Cousins. They are shutdown corners and could very well force Cousins to look at other options, and force the dump off passes.

#2: Sheldon Richardson‘s return. After serving his four game suspension, Richardson is back and “ready to eat”. He will be very motivated and could cause some issues for the Redskins offensive line.

#3: Brandon Marshall & Eric Decker. The Jets finally have a respectable WR duo, and both guys are having a solid season. The Redskins still have questions in the secondary despite a strong performance in Atlanta. Hopefully Chris Culliver is able to return from his injury and slow these guys down. If he’s unable to go, Breeland and Blackmon will need a repeat performance of last week.

Washington Redskins vs New York Jets is this Sunday (Oct 18) at 1:00pm EST on FOX