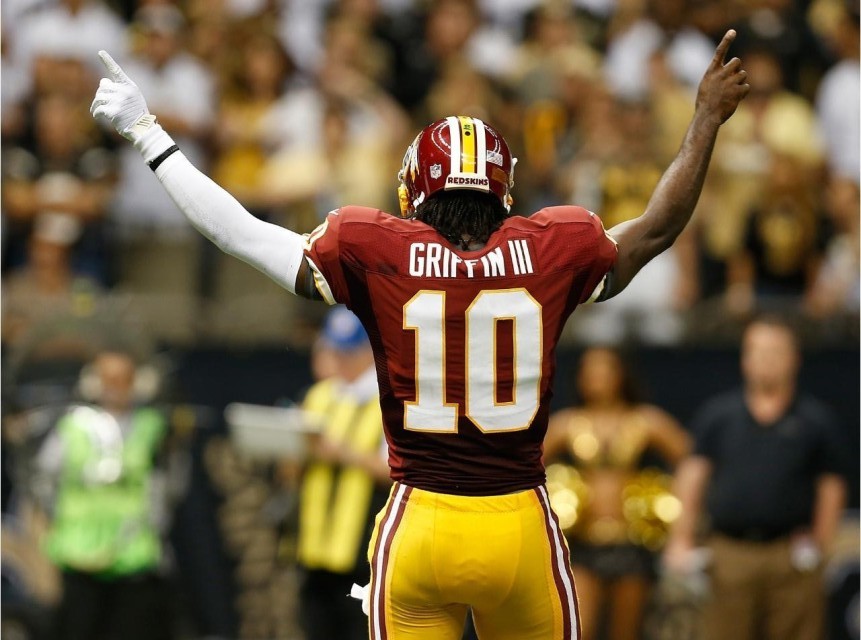 Welcome to the new home of the Read Option Blog!

This is my little corner of the internet where I write (sometimes vent) about the goings on of our favorite NFL team, the Washington Redskins!
I am in no way a professional writer, just a passionate fan who loves his Redskins, and my blog became a good way to express my thoughts on this team whilst also connecting with many like-minded fans from all around the world.

For the previous two seasons I had written my blog anonymously on tumblr.

This past offseason Chad approached me about moving my blog over to the Redskins Capital Connection website and encouraged me to step out of the shadows a little.  Having been a fan of Chad’s podcast and seeing the work he has done to the website, it was an easy decision.

But enough about me and how I came to be here – onto the real reason you are here, to read about the Redskins …

Scot McCloughan
It’s been quite an offseason for the Redskins, with changes throughout the organisation – but no single change has been as HUGE for the Redskins as Scot McCloughan replacing Bruce Allen as GM.
McCloughan has been described as a “savant” and as one of the best talent evaluators in the NFL – he brings instant credibility to a front office that has been a farce for years.

There’s been much said of his past, but that is what it is – his past.  The Redskins have given him a shot at redemption and already look to be reaping the rewards.

His first FA period has been excellent, getting young players with plenty of upside without breaking the bank.  He has a price in mind for players and shows unbelievable restraint, having let several targets sign for much bigger deals elsewhere rather than overpay. He has a plan, one that has worked VERY successfully at his previous teams and I am sure will work here. The one thing he needs is time.

He knows this team won’t be fixed overnight, so he is laying the foundations for years to come.
I believe in Scot McCloughan and can’t wait to see what he can do in this years draft.

Coaching changes
In a move that felt like a few years too late, Jim Haslett left the Redskins this offseason “by mutual consent” – regardless of how he left, I am EXTREMELY happy he is gone. His defenses got progressively worse as the years went on and could only be described as INEPT, who knows where this team could have been had we only had an average defense, rather than having 2 of the historically worst seasons for a defense during his 4 year stint with the Redskins.

Fear not fans, we’ve replaced him with the defensive co-ordinator from the Lions winless season!

Joe Barry is the new defensive co-ordinator and my initial thought was “REALLY!?!”.

As time has went on, the more I read/hear about him and with the additions/subtractions we’ve made on defense the more positive I am that we can field a decent defense. One of the things I like about Joe Barry is he brings fire and hunger, not words I EVER linked to Haslett.

Raheem Morris has been replaced by Perry Fewell as defensive backs coach.

Looking forward to seeing a much more competitive defensive backfield this year!

Robb Akey comes in as new D-line coach, seems like another fiery, full of energy guy which is what our defense is in dire need of!

Offensively, there are 2 pretty big additions to the coaching staff.

Bill Callahan coming in as offensive line coach is HUGE, we saw what he did with that Dallas O-line!  We need more talent along the line, but Callahan should be able to help us get the maximum from what we currently have and any players we draft.

Matt Cavanaugh comes in as QB coach, a position that really could have done with a dedicated position coach LAST season.  Jay Gruden thought it would be easy to be a rookie Head Coach AND QB coach last season – considering how the QB situation unfolded last year, it’s fair to say it was a failure!

In a make-or-break season for RG3, having a dedicated coach to work with can only be a huge benefit.

Player Additions/Subtractions
As mentioned throughout this blog, defense was a HUGE issue, so it’s no surprise to see a lot of the changes be on that side of the ball. Both the D-line and DBs have had major overhauls.

Along the D-line out go aging vets Barry Cofield and Stephen Bowen, along with Jarvis Jenkins and Chris Neild.
Coming in are Ricky Jean-Francois, Stephen Paea and Terrance “Pot Roast” Knighton – adding those 3 to Jason Hatcher and Chris Baker means our D-line could turn into a strength, rather than a weakness!
Pot Roast is one of the best Nose Tackles in the league, Stephen Paea is an extremely strong and smart player who can play both DE and DT for us and Ricky Jean-Francois brings playoff experience (and a Superbowl appearance) from both his time with the 49ers and Colts.

That horrid defensive backfield has had a makeover with the free agency signings of CB Chris Culliver , SS Jeron Johnson and a recent trade with the Buccs to bring in Dashon Goldson!
Those 3 come in and we saw the departures of E.J.Biggers, Brandon Meriweather and Ryan Clark.
Biggers is off to the Eagles which is fantastic news (maybe not so much for Eagles fans!), I got sick of seeing him burnt time and time again!
Brandon Meriweather is currently a free agent, it’s possible he could come back on a cheap veteran deal but my guess would be that IF anything happens it will be after the draft.
Ryan Clark – he falls into that “played 1 more season than he should have” catagory for me – what we saw on the field last season was definitely not what we thought we were getting.

Jeron Johnson is possibly the most intriging of the DBs signed, he was a highly though off backup safety in Seattle who was also a key special teams player. Being a backup behind Kam Chancellor and Earl Thomas doesn’t afford too many opportunities, so he has only one career start, but he will have learnt a lot from the best safeties in the league.
Culliver had the best year of his career last season, despite having missed all of 2013 with a torn ACL – his career trajectory is still on the upward arc, so he should continue to get better.

Dashon Goldson, curious case, twice a pro bowl player (once all-pro) whilst with the 49ers.  Spent 2 seasons with the Buccs and seems to have either dropped off or just not been a great fit for them (SERIOUSLY hoping it’s the later!).
He has come to us via trade and at a relatively low price, not much risk involved for us.  The change of scenery could be all he needs to return to previous form.  He has been saying all the right things since arriving (about looking up to Sean Taylor, etc) and maybe he will bring the same physicality to the position that Sean did.  I do think he is an upgrade at FS over anyone we have had there in a number of years.

Probably the biggest name to leave the Redskins was of course Brian Orakpo, who was good/sometimes great, but never great/elite like he saw himself as.  Injuries derailed his Redskins career for sure, but we were NEVER going to pay big to bring him back after getting 1/2 a sack for $11.45M.

The Redskins will likely find Orakpo’s replacement in this years draft and of course comparisons will ensue, but I already feel confident that whomever comes in will be more of a pass rushing force than Orakpo, who in recent seasons has been an “almost” kind of player (almost got the sack, almost caught an interception, almost stopped the guy) – almost is not good enough.

Speedy 3rd down back Roy Helu has left and joined the Raiders.  I will miss his playmaking ability as a receiving threat out of the backfield, but he wasn’t great in pass protection.  Chris Thompson and Silas Redd are options to replace him, but we could also see either a RB selected in the draft or a FA signing after the draft (such as Pierre Thomas).

Ol’ Hands of Stone (Leonard Hankerson) is off to ATL to rejoin Kyle Shanahan – given my nickname for him, you can guess my thoughts on this “loss”.  Look for the Redskins to draft a taller WR in this years draft.

Tyler Polumbus, aka the human turnstile – an ever present fixture in the Redskins backfield!  Oh how I’ll miss having someone to blame for sacks!  To be fair, it wasn’t ALWAYS him, but he was always the most noticable!  He was constantly getting blown back or blown past.  About 2 seasons too late to replace him, but hopefully whomever will be our RT next season won’t be quite as bad.

Apologies for the length of this blog – it’s been a while and I wanted to try and cover as much of the offseason stuff as possible – is there anything you feel I have missed and would like me to talk about in future blogs?

I will leave talking about the upcoming draft for another post.

Feel free to leave comments below, if you would like to contact me you can tweet me @ReadOptionBlog or email me readoption@hotmail.com , always love talking Redskins with other fans!

Thanks for reading, till next time …

HAIL TO THE REDSKINS!