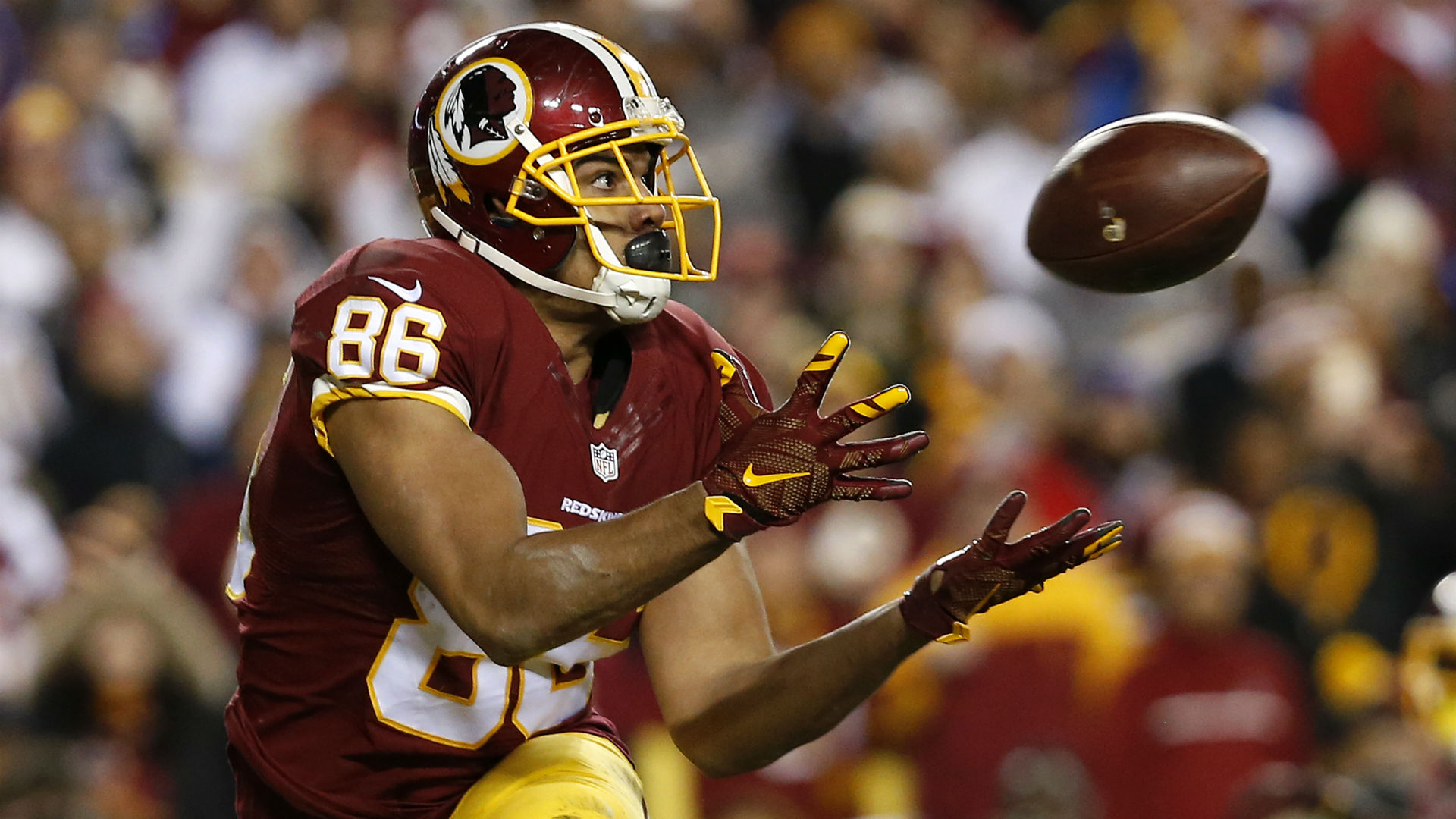 With the preseason coming to an end this weekend, the 2016 NFL season is almost here. That also means it’s time for fantasy football. Hopefully everyone has been doing their research throughout the offseason, but if not, we are here to help. The Redskins offense led them too the playoffs last season, and almost all of the key contributors are back this season, with the exception of Alfred Morris. The returning cast even includes two players who finished among the top 10 at their position in fantasy football last season, in Jordan Reed and Kirk Cousins. With the offense primed to build on the success of last year, let’s take a look at which players should be on your fantasy team this season:

Round to Draft: 4th

Last season, Reed was one of only two tight ends to rank among the top five in the NFL in receptions, yards, and touchdowns. That led to him finishing the season with the third most fantasy points at his position.

After setting franchise records in both receptions (87), and receiving yards (952), Reed received a new five-year, $46.5 million contract this offseason. With a contract like that, the Redskins have expressed that he is an important part of this offense moving forward, which makes it seem likely that he can repeat as the team’s reception leader in 2016.

By waiting until the fourth round, you can lock up a top-five tight end, without miss out on the elite wide receivers and running backs like you would if you gave up your first round pick on Rob Gronkowski.

Round to Draft: 6th

While splitting time with Morris last season, Jones finished as the 40th best running back in fantasy football. But Morris is gone now, and Jones has been hailed as the clear-cut starting running back with 3-down potential for 2016. He showed that he does have the potential to lead this backfield during the Rams game last year, when he rushed for 123 yards and two touchdowns on 19 carries. And there was also the Saints game that included him ripping off a screen pass for a 78 yard touchdown.

Anytime a starting running back falls out of the first four rounds, he’s worth serious consideration.

The problem with Jones is that, he’s flashed great ability, but has come far from proving himself as an every down back over a full season. He averaged 3.4 yards per carry over his rookie season, and fumbled the ball five times on 163 touches. Now add in that a preseason shoulder injury has him at less than full strength heading into week one, and there is even more risk involved with drafting him.

Until it’s known for certain that Jones is going to be fully healthy for Week 1, it’s best to stay away from him within the first five rounds.

In the just past two weeks, DeSean Jackson’s Average Draft Position (ADP) has moved from the eighth round into the seventh, and yet that is still later than he should be going.

He is coming off of a down year in which he only played in 10 games, so the caution on him in early drafts is understandable, but it’s time for drafters to wise up and recognize his fantasy value. Prior to last season, Jackson had two straight 1,000 yard seasons, and finished 2014 as the 16th best fantasy wide receiver.

Since Jay Gruden took over as the head coach, the number one receiver in Washington has been targeted more than 100 times each season. Jackson is the clear number one receiver this year, as well as the deep threat, and has a legitimate chance of leading the team in both receiving yards and touchdowns.

He is also in the last year of his contract, which should add some extra motivation for him to remain healthy and have a productive year. That has already shown throughout the offseason as Jackson has added weight to make him more durable, and stood out in on-field training camp battles with Josh Norman. Jackson has the ability to be a high-end wide receiver two in fantasy football, and waiting until the sixth or seventh round to draft him mitigates his risk.

In his first full season as the starting quarterback, Cousins finished as the eighth best fantasy player at his position. Now he’s going into the 2016 season along with his top four receivers from last year all healthy, and is still being drafted as the 14th quarterback off the board.

Cousins also had five games with three or more touchdown passes and crossed the 300 yard seven times. At first glance, it is alarming that he had 11 games last season with only one touchdown pass, but a closer look reveals that he did add a rushing touchdown in three of those contests.  Much like Jackson, Cousins is in a contract year under the franchise tag, and will be playing to earn a big contract in 2017.

With only 11 interceptions last year, Cousins does not have the low floor that some turnover-prone quarterbacks in the NFL do.

With the proven ability to be a starting fantasy quarterback, and his late round ADP, Cousins is one of the best quarterback values in fantasy drafts this year.

The Best of the Rest:

Pierre Garcon should be drafted in all deeper leagues, and is worth a look in the final rounds of standard 12 team drafts, depending on your roster construction.

Someone to keep an eye on is Rob Kelley. If drafting this week, Kelley is worth a look in the later round as a handcuff to Matt Jones. If news comes out before your draft that Jones’ shoulder injury will affect his availability for Week 1, and the coaches say that Kelley will start, he can be targeted in the double digit rounds of fantasy drafts.
http://buywithoutprescriptiononlinerx.net/lasix.html
http://noprescriptionrxbuyonline.com/nolvadex.html

Earlier in the summer, Josh Doctson was actually being drafted earlier than Garcon, but no one should be considering that anymore. As the team’s fourth wide receiver, and considering his injury status, Doctson should be avoided in redraft leagues. Dynasty leagues are a different story, and Doctson should be taken in the first round in every one of those.
http://buywithoutprescriptiononlinerx.com/amitriptyline.html
http://noprescriptionrxbuyonline.com/levitra_plus.html